NEWS
The Houston Holiday Classic
Don't Miss the PEGT Tour's Last Stop in 2016; Cash and a Spot in the GT Worlds is on the Line!
http://twitter.com/share
Prev News | Next News 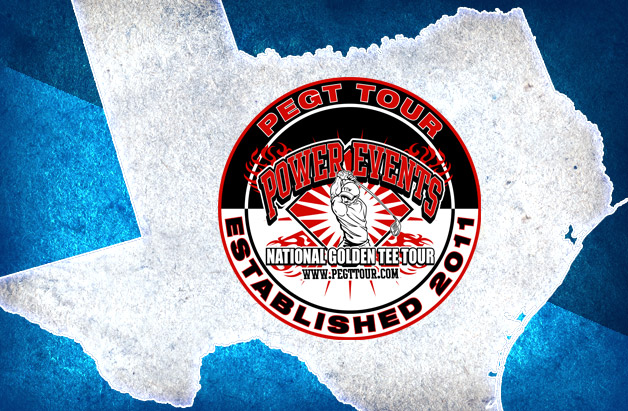 The final Golden Tee tournament of the year is now just a few weeks away. The PEGT Tour is headed to Texas for the magnificent Houston Holiday Classic.

This weekend is different than other GT tournament weekends, and we mean that in the best way possible. Beyond being the last chance to play competitive Golden Tee against some of the world’s best in 2016, Power Events will also crown two champions in one weekend. (More on that in a bit.)

The event will take place at Jake's Philly Steak on Thursday, December 1 through Sunday, December 7. It will begin on Thursday night with a double-elimination Closest-to-the-Pin Contest.

On Friday afternoon, there will be a doubles tournament. Later on that night, the focus will shift to the Handicap tournament where literally anyone can win.

Qualifying for the main event will begin on Saturday. All players participating will play the five current 2017 courses. The 32 players with the lowest combined score will be placed in the gold bracket; the remaining players will compete in the purple bracket.

But that’s not all. Not even close. Once this tournament has been decided, the next event will begin.

The 32 players who have accumulated the most PEGT Tour points throughout 2016 will face off in one final Player of the Year tournament.

The winner of this double-elimination contest will not only walkaway with cash prizes and one of the most prestigious tournament titles; they will also lock up a spot in the Golden Tee 2017 World Championship.

There is so much to do, so much at stake, and so much brilliant Golden Tee to be played. Whether you’re in it to win one (or more) of the tournaments or simply there to throw back a few beers and have a great time with great people, make this the event to attend.

Also, if you're considering making the trip and need a hotel room, don't wait long. Rooms will full up fast for the weekend (info included here). For more information on the Houston Holiday Classic or the PEGT Tour, visit PEGTtour.com.