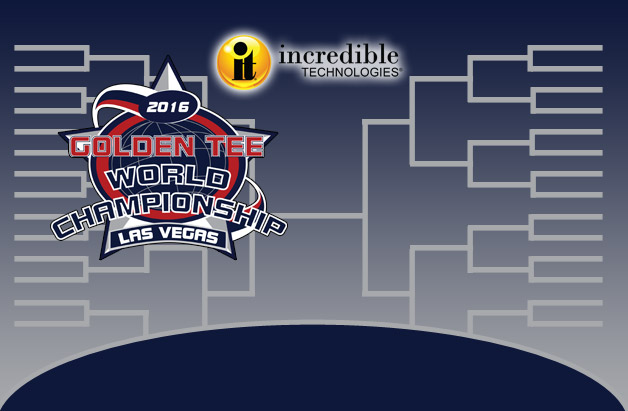 We are officially less than a month away from the Golden Tee 2016 World Championship—a development that is both exciting and terrifying. It’s exciting because, well, WORLD CHAMPIONSHIP IN LAS VEGAS! It’s terrifying because there is still much, much, much left to do.

At a time when Sin City is so deeply invested in college basketball’s glorious bracket, Golden Tee will create some bracket madness of its own. On March 16-17, the Golden Tee World Championship will be played at the Las Vegas Convention Center.

The double-elimination tournament will play out on Wednesday and Thursday. By late Thursday afternoon, on one of the busiest Vegas days of the year, a new World Champion will be crowned.

This individual will take home the $10,000 top prize. They will become a part of Golden Tee history. And yes, this person will also get their face in Golden Tee 2017.

There is so much at stake. But before we get there, we have to seed the event.

That’s precisely what we’re doing right now and all of this month. The 32 finalists are currently playing for positioning through their Golden Tee World Ranking. Nearly half the field already has a five-game average score of -30 or better!

As of February 17, the No. 1 seed was Paul Luna, although Mark Stenmark, Andy Haas and Marc Muklewicz are right on his heels. For a look at the entire bracket—include a breakdown of the separate regions—check it out on LIVEWIRE.

It will change daily, so be sure to stay updated. And also be sure to be on the lookout for some in-depth looks at some of the players gearing up for one of the biggest Golden Tee moments of their lives.