NEWS
Filling Up the Field
Our Callaway Tour Event Looks Back at Week 1 and Ahead to Week 2
http://twitter.com/share
Prev News | Next News 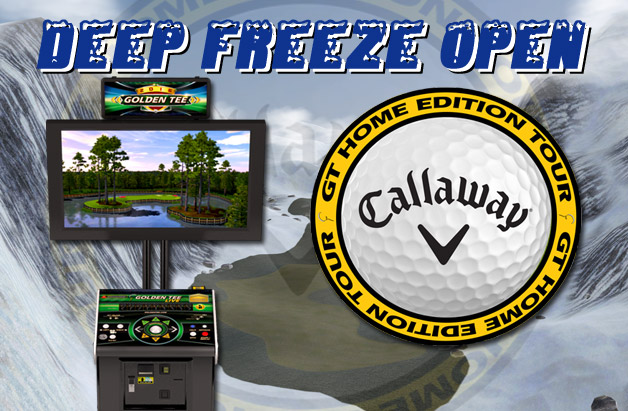 Before we can get to the finals, however, we need to fill up all 20 vacancies. And now, as we move to Week 2—more on that momentarily—we are a little bit closer.

The first round of qualifying was all about the best 10-game average score. To say that it was competitive wouldn’t do the contest the appropriate justice. The scoring for Week 1 was outstanding.

In the end, however, the leaderboard ended as such. Your first five qualifiers are: Dustin Hoehn, Michael Bowling, Vaughn Heym, Tony Johnson and Brandon Becker.

Congratulations to all five on a job well done. They will now be placed in the pool of finalists and removed from all leaderboards moving forward. That leads us perfectly to our next step—Week 2.

For those of you who just missed, you still have three more chances.

Instead of average score, Week 2 is looking for the five players with the most birdies or better between now and 11:59 p.m. central time on Sunday night.

Reminder: These games must be played on 2016 courses, they must be finish/completed games and they must be Stats or Contest Play on the same individual card. That’s how we’ll track your progress.

The five players with the most birdies or better this week will be added into the final group. At that point, we will move to Week 3 and one step closer to the final event.

As part of that event, we will send each player a locked conditions card. They will then play each 2016 course once—known in these circles as a cycle—and be ranked accordingly.

Five games, no do-overs. May the lowest score win.

The prizes for the final event are as follows.

If you’re worried about your gameplay and scores competing, have no fear. As another aspect of the contest, we will also be raffling for prizes for anyone who completes 10 LIVE games each week—or 40 or more games overall. Anyone that hits this 10-game mark for each qualifier—regardless of score or anything else attached—will be eligible to win an illuminated marquee or a keypad.

We will be raffling off one of each at the conclusion of the event; all you have to do is play 10 games every week.

So what are you waiting for? Week 2 is upon us. May the birding (or bettering) be with you. For more on the Home Edition, visit home.goldentee.com.