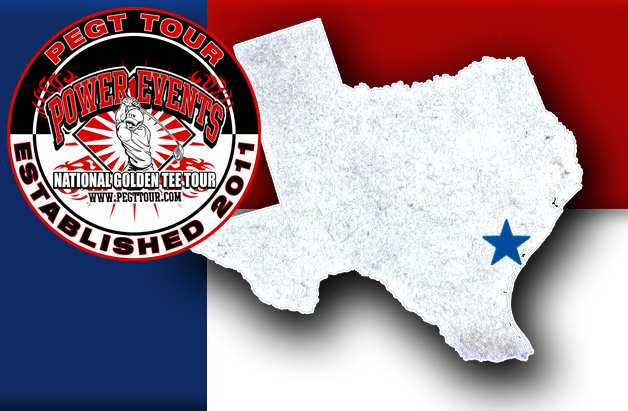 The end is near. The final Golden Tee tournament of 2015 is inching closer. But before we bid farewell to another year, two champions need to be crowned. Yes, two. A Golden Tee World Championship pass needs to be awarded.

Oh, there is still so much to do.

This isn’t your normal PEGT Tour event. Outside of crowning a Houston Holiday Classic Champion, Power Events will also tally up its points accumulated throughout the year and crown a Player of the Year Champion—the final act of 2015.

The weekend will kick off on Thursday with a special $500 added Closest-to-the-Pin Contest. Entry into this double elimination event in just $10. On Friday, the popular handicap tournament will take place where anyone can enter and win. Entry fee here is just $25.

At noon on Saturday, the main event—well, main event No.1—will begin. A five-course qualifier will be played to determine seeding. The Top 32 qualifiers will be placed in a main bracket, and matches will begin later that night and continue on through Sunday. The double-elimination brackets will play out until a champion is crowned.

As soon as our winner is celebrated, Power Events will determine the 32 players with the most PEGT Points. Those 32 players will then be thrown into a final bracket—the Player of the Year Tournament—and compete for one of the year’s most celebrated titles.

The winner of the event will also lockup a spot in the Golden Tee World Championship. The stakes are incredibly high.

Late Sunday night, when all matches haven been completed, one Golden Tee player will be left standing. It will a long, glorious day, one with ripe with intrigue, upsets, madness, euphoria and more.

Whether you’re gunning for one of the two titles or simply interested in watching some of the game’s best players duke it out with big prizes on the line, stop by Jake’s. You will not regret it. What a loaded weekend it will be.

For much more on the Houston Holiday Classic, visit PEGTtour.com. Want to register for the event? You can do that as well, although walkups are welcome.