NEWS
History Made in Hazelwood
The Missouri Open Proved to be Worth the Price of Admission and Then Some
http://twitter.com/share
Prev News | Next News 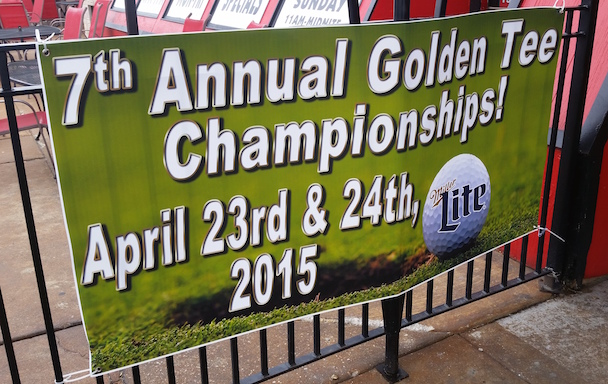 HAZELWOOD, MI – I saw with my own eyes 121 people signup to play in a Golden Tee tournament.

I saw a man continue a historic winning streak, putting his name in the thick of those “greatest Golden Tee player to ever play” talks that come up every now and then, often times at events like these.

I watched this same man—with a room of anxious eyes tuning in—drop a -31 in the championship match to win yet another tournament.

The 2015 Missouri Open had it all, starting with a magnificently full field. Power Events’ second tournament stop of the year proved to be the largest the game has seen in some time, and as a result, the matches and qualifying at Redbirds Sports Café was particularly competitive.

Action got underway on Saturday with a five-course qualifier to determine the Top 32 along with seeding. Illinois pro Jeff Lannen took home top qualifying honors with a score of -138. Florida’s Sean Gervais was second with a score of -137, while local trackballer Evan Gossett qualified third by firing a -136.

With qualifying complete, double-elimination match play kicked into gear the following day. With such a strong group of players, you didn’t have to wait long for upsets. Seemingly every match came down to the wire.

After nearly falling in Round 1 to Indiana’s Rodney Roberts, Houston pro Mark Stenmark—riding a 24-match winning streak heading into the tournament—turned it on. He followed up the close call by dropping a -30 in his next match.

This was not be his best round of the day.

On the other side of the bracket, Ohio pro Andy Haas did similar damage, making his way through the bracket to the king of the hill match. It was here that he met Stenmark. Arguably the game’s two best players proceeded to put on a show.

It would not be their best show of the day.

With a spot in the championship on the line, Stenmark and Haas duked it out on Pearl Lagoon. They finished the 18th hole tied at -28. 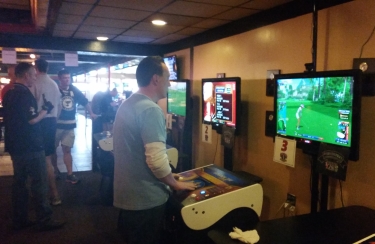 They went into sudden death and made it through the first 17 holes tied once again. On Hole 18, however, Stenmark’s eagle bested Haas’s birdie. The streak stayed alive.

Haas was not done yet even with the loss. An impressive run for Al Zerull came to an end courtesy of Paul Luna. Haas then took out Luna to get another shot at Stenmark in the championship match, although he would have to beat Stenmark twice to win the Missouri Open crown.

The match that followed is one I will be thinking about for some time. It was the game’s two best players—and let’s remove the arguably from the conversation—playing at an incredibly high level.

The most amazing thing to come from the match, however, is how natural the greatness came across for both.

Playing on Desert Valley, both eagled Hole 1. Stenmark drove the green and Haas stayed with him with a hole out from the rough. Both then proceeded to ace Hole 6 with unorthodox chips with completely different clubs.

On the back, however, Stenmark got his separation. A second hole-in-one gave him the gap he needed during the back stretch. He did not look back.

What a damn game. 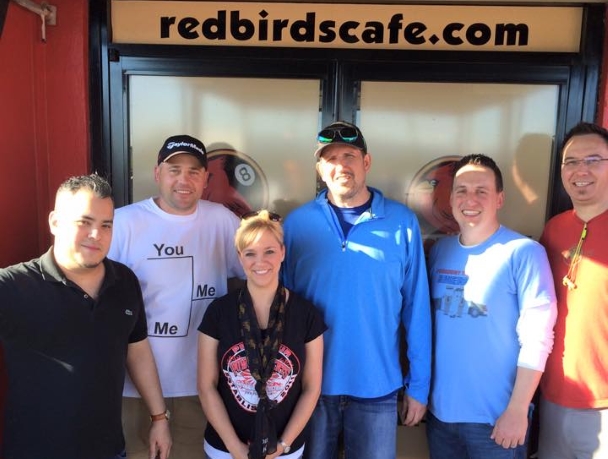 With the win, Stenmark’s unbeaten streak lives for another tournament. Congratulations to him on another championship and an unbeaten run that is up there with some of the greatest ever made.

And finally, thanks to everyone who made the trip. That was a historic weekend of Golden Tee thanks in large part to your passion and willingness to travel. It certainly was well worth it.

Next up, Chicago. Stay tuned for the details.