NEWS
Behind the Design: Part 1
From Rancho Saguaro to Bear Valley, Our DAH Winner Speaks
http://twitter.com/share
Prev News | Next News

Tony Snow does not have background in course design. He’s not some sort of golf magician, although he has played Golden Tee for some time, “since the three-letter days” of identification, he said. He works in the banking and insurance industry, traveling upwards of 50 percent of the time.

But Snow, thanks to this year’s Design-a-Hole Contest, is now more than a fan of the game. He’s a course designer and the proud creator of a golf hole that will arrive on your local Golden Tee game in a matter of months. He also now has his own Golden Tee Home Edition for the occasions when he’s not up in the air, thank to Bear Valley, his dream par-4. 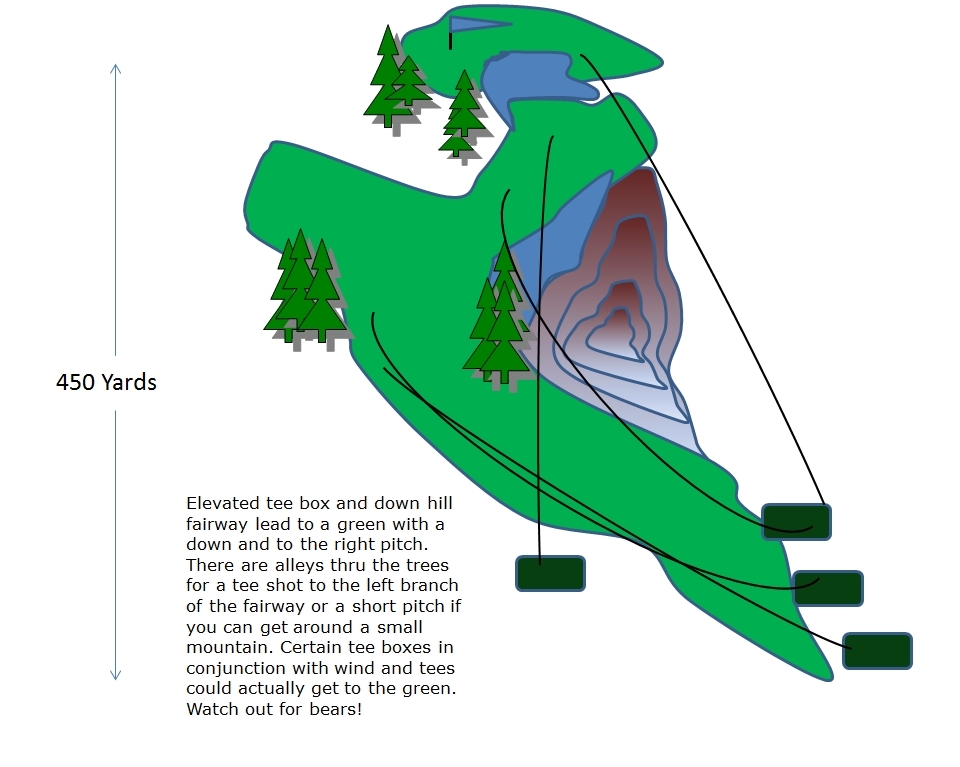 The 2015 Design-a-Hole Contest again allowed one lucky, passionate fan a chance at Golden Tee immortality. With more submissions that even before—and quite frankly, it wasn’t even close—the competition was stiffer than ever.

There were familiar styles, designs and wonderful measures taken. The beauty in some of these concepts was undeniable, although it’s much more than simply an art contest. It’s about an idea and putting that idea on paper.

That’s what 52-year-old Tony Snow did with Bear Valley, one of a handful of designs he submitted in this year’s contest. It wasn’t a masterpiece in terms of art, but (again) it didn’t have to be. It had a shot and strategy that quickly caught the attention of the Golden Tee team.

“Right away, I loved this hole,” Golden Tee course designer Jim Zielinski said on the drivable par-4. “There was something about the tee shot—and especially the green—that really stood out. The more I thought about putting it in Golden Tee, the more I liked it.”

For Snow, this tee shot is something he’s been thinking about for some time. A player long before the days of Golden Tee LIVE, Snow’s GT fandom stretches well into the 90s. It was this that helped spark his creation.

“My submitted design was inspired from one of my most early memories of the game,” Snow said. “It came from Rancho Saguaro around GT ’98. One of the holes required you to do a C-3 off the tee to get around the mountain that sat near the tee box. I wanted to provide opportunity for Eagle even for mid-level players while still offering challenge for highly skilled players.”

For those curious as to how Snow’s love came about, here’s a glimpse. You don’t have to watch the full 18 minutes, unless you’re bored at work or you really want to.

Rancho Saguaro was a desert course, and this is where the inspiration and concept go their separate ways. In fact, the name Bear Valley isn’t Golden Tee-related at all. Snow and his wife have a collection of “Bear Wildlife” art, a passion he put on paper. This is the setting he wanted.

The hole, which will be placed on a course and in a location you could most certainly find bears, keeps his idea and passion in place. It also gives players a chance a fair (but challenging) chance at eagle, with water hovering around a green that will require a precise bit of work off the tee.

“We’re just about finished with the hole, and we’re very happy with it” Zielinski said. “We need to add some elements, but you’ll be able to see it soon.”

With the design of the hole comes something very special for the winner—outside of the GT Home Edition, of course. With it comes a reminder that will live on forever in Golden Tee.

Next to the hole will be a billboard featuring Snow’s name and his hometown.

Look for the first images from Bear Valley in the near future, the first shots of Golden Tee 2015.