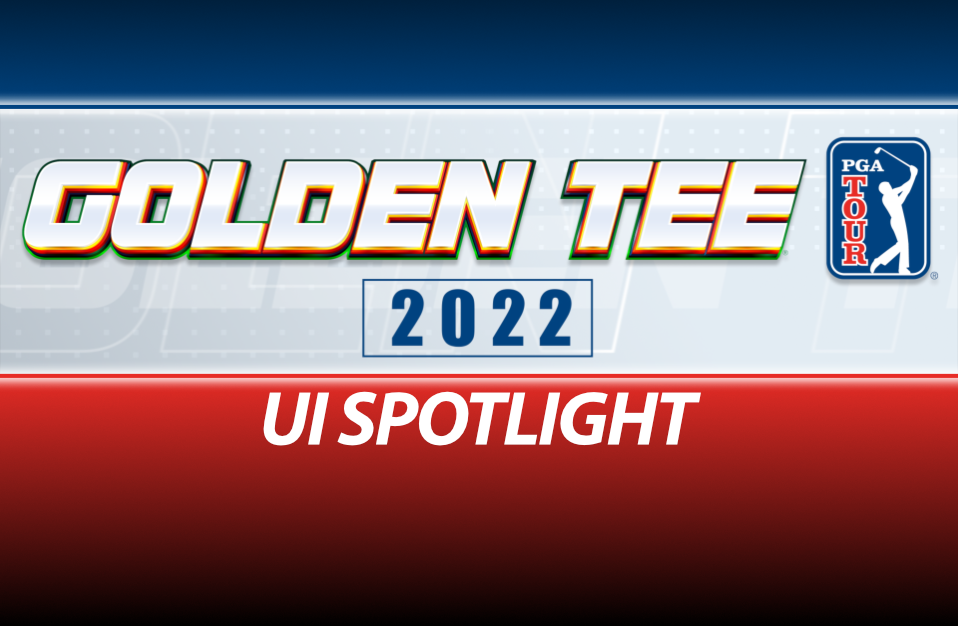 The release of Golden Tee PGA TOUR’s 2022 update is right around the corner, bringing three new PGA TOUR courses, five brand new and two remastered GT courses, new modes and features, and a fresh coat of paint to the game. After the herculean effort of transitioning from the Golden Tee LIVE platform to the next generation of GT in PGA TOUR 2021, the art team tackled a redesign of the game’s UI (user interface), more specifically the HUD (heads-up display), for the next iteration in the series.

Likely the first thing fans will notice is the overall refresh of the HUD’s aesthetic. The team borrowed from professional sports broadcasts and presentations for inspiration, landing on a clean, functional, and elegant design for Golden Tee PGA TOUR 2022. Like so many other pieces of a larger creative whole, a good UI “disappears” for the user. It presents information to the player when they need it, without becoming invasive when the player shifts their focus in the game. The team used great care in their approach to the project, ensuring long time fans will feel right at home. 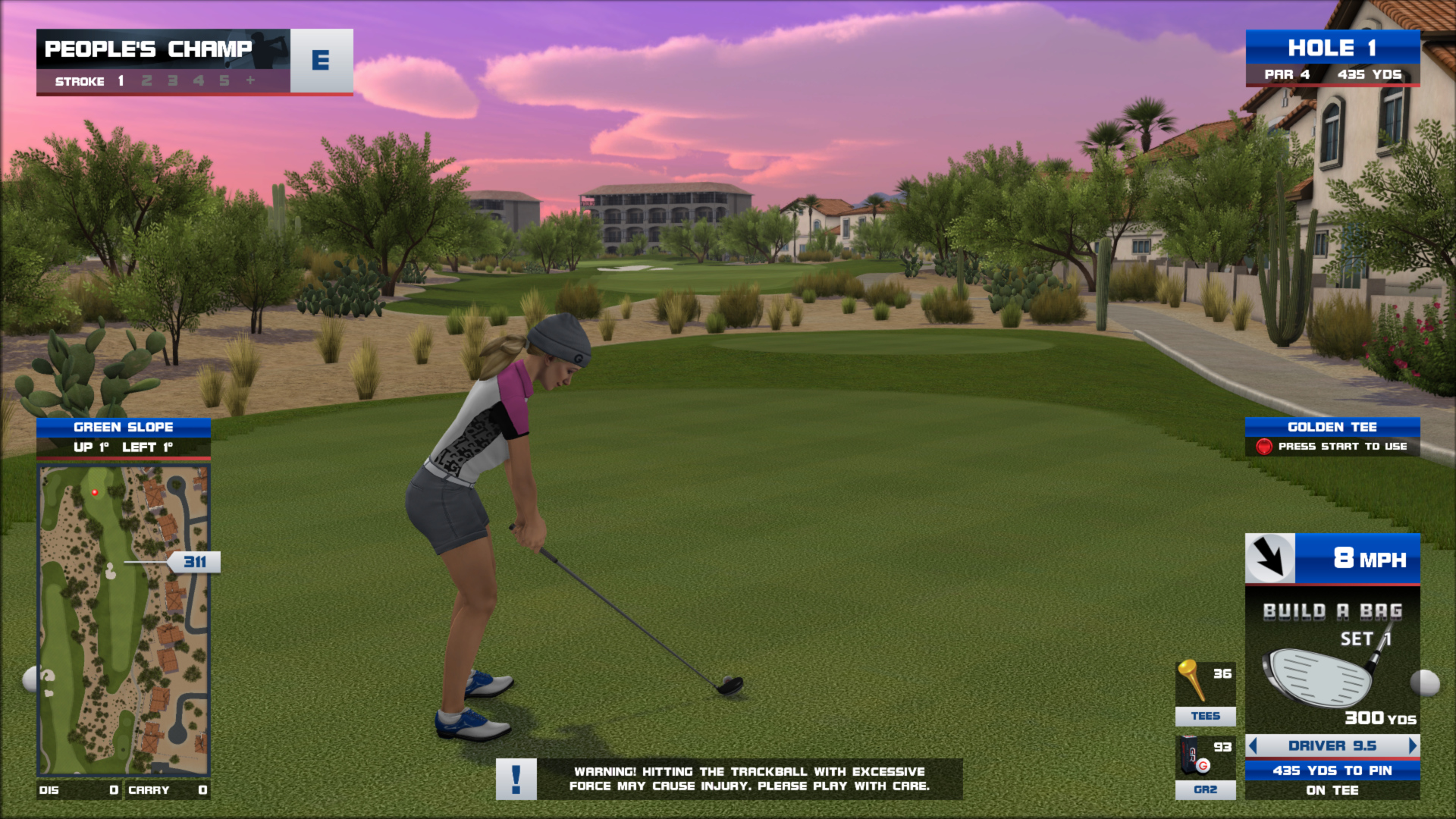 Golden Tee PGA TOUR made the player’s golfer more prominent in-game, with a model that occupied a larger portion of the display than previous GT iterations. As part of 2022’s redesign, the HUD has been universally scaled down 15%, taking advantage of the cabinets 4K resolution display, and elements moved further away from the golfer, giving the player a better view of the course and their next shot. 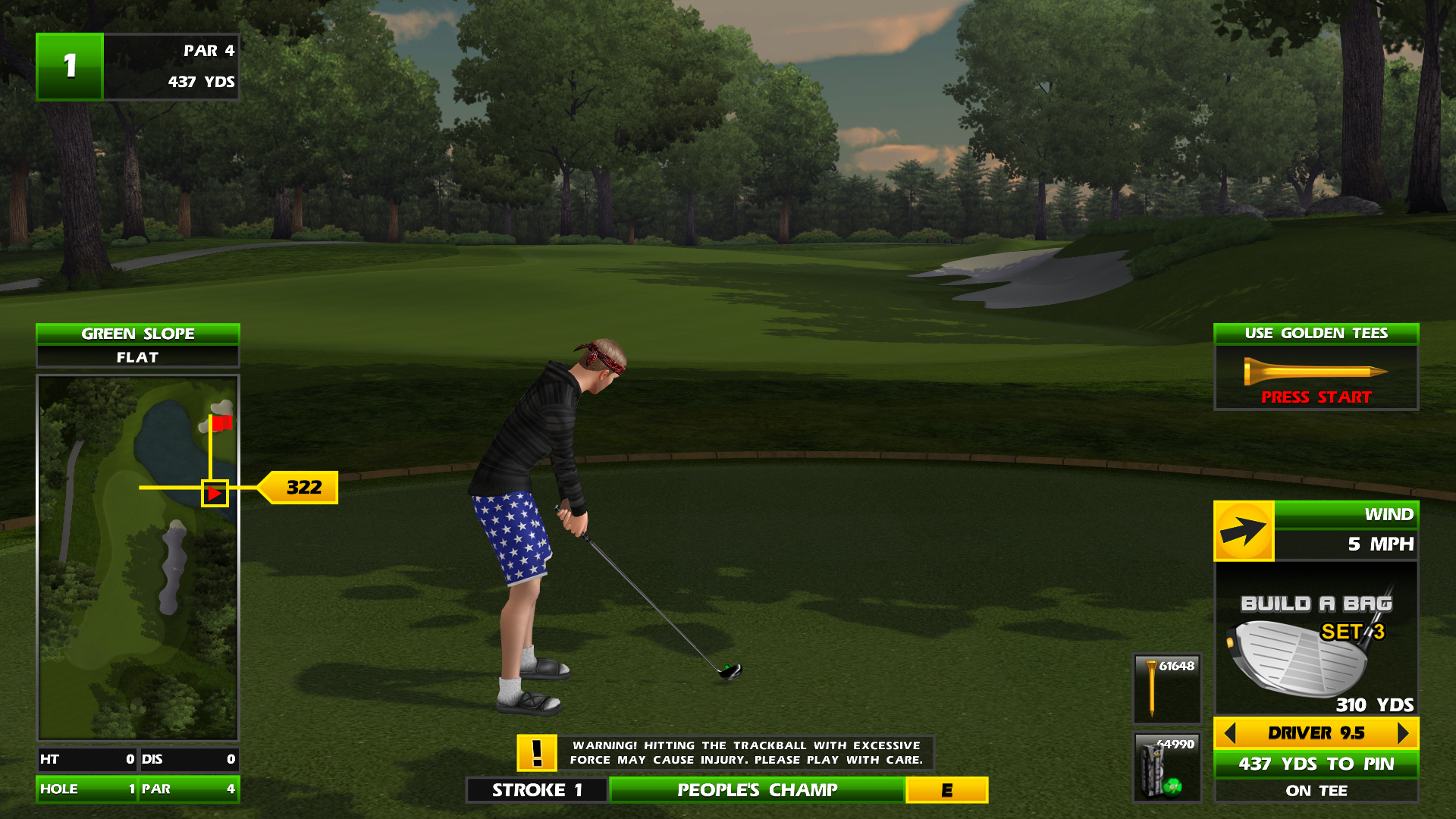 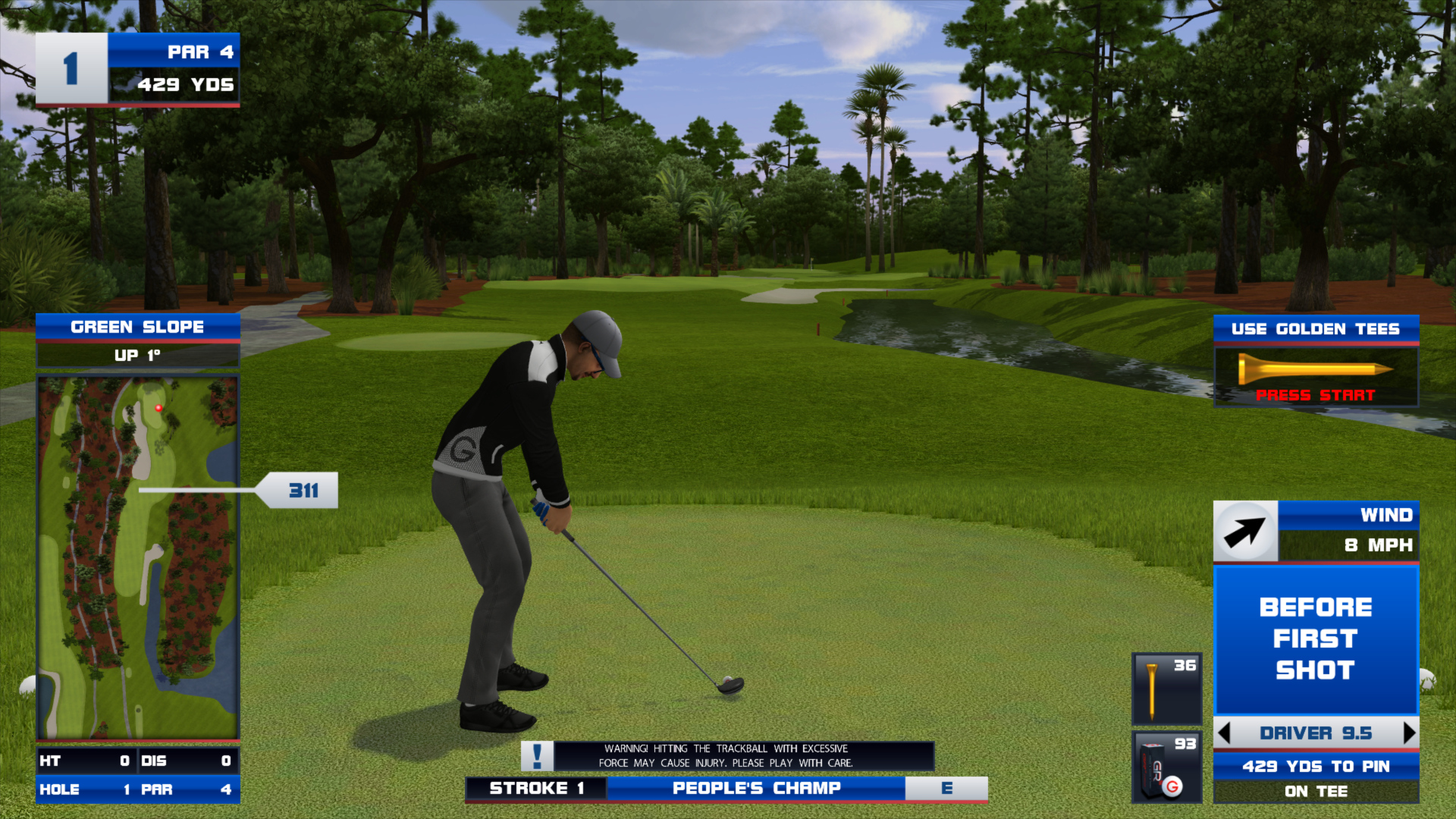 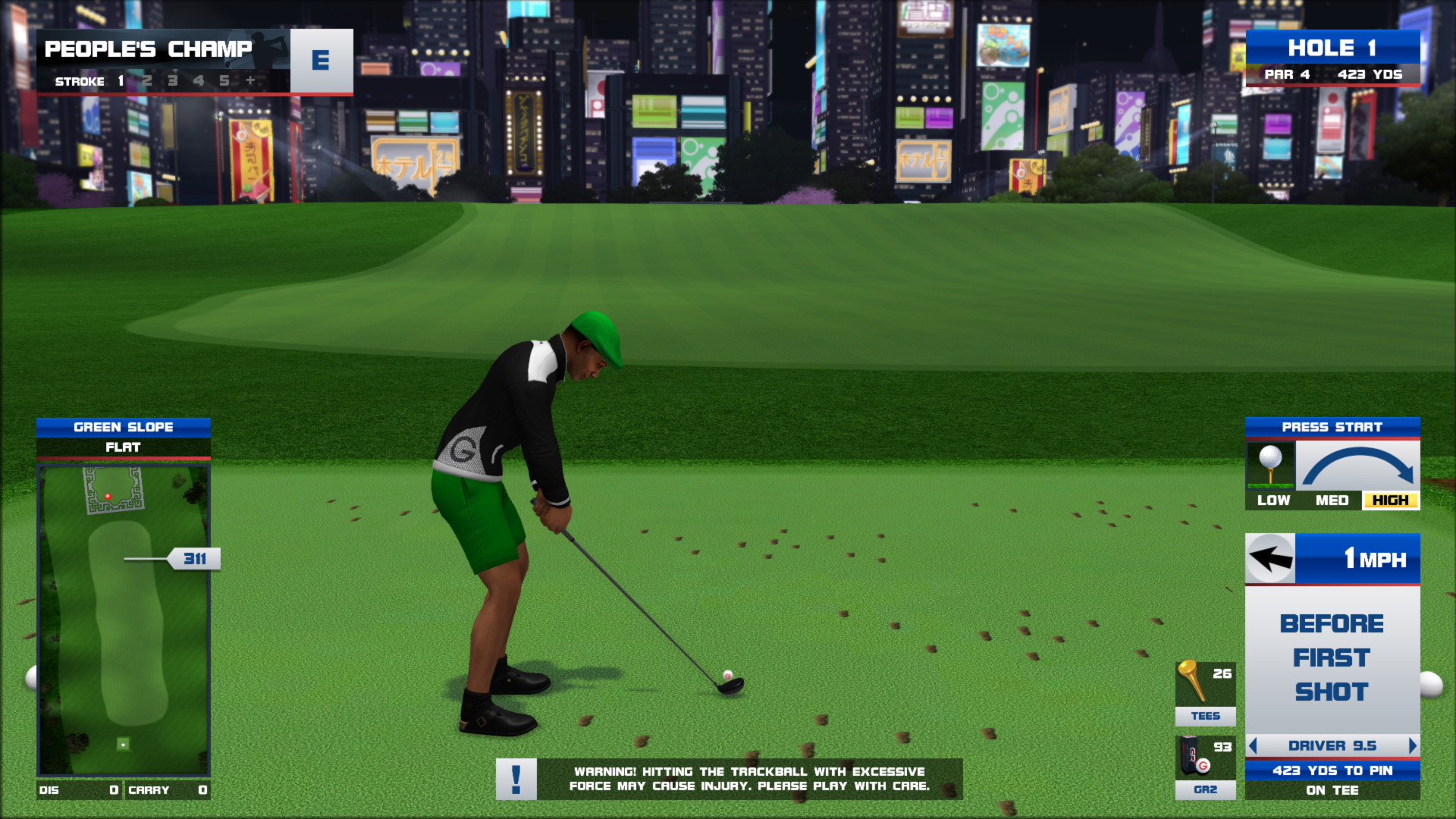 Along with the complete visual redesign, and all of the “under the hood” work that comes with a task of this magnitude, players will notice more specific changes to certain elements of the HUD. The way a player’s stroke count has evolved into a pervasive element with a series of illuminating numbers, rather than a single digit, very much in line with the “at a glance” information that golf fans are accustomed to finding when watching a live event broadcast.

The “Golden Tee” height adjustment portion of the HUD has also been redesigned, with a streamlined and cleaner presentation for players to enjoy. It functions in exactly the same way it did in previous versions of the game, but with a fresh look. 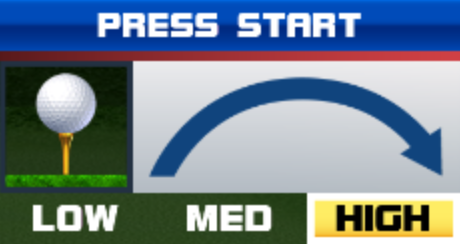 Players will find that the “Height” stat previously anchored to the bottom of the mini-map has been replaced with a “Carry” stat, calculated using several pieces of shot data, and is indicative of the total length of the arc a ball travels during flight, rather than the height it reaches in each shot. This change is intended to provide players with a more meaningful and useful stat for gauging their shots and in-game performance. 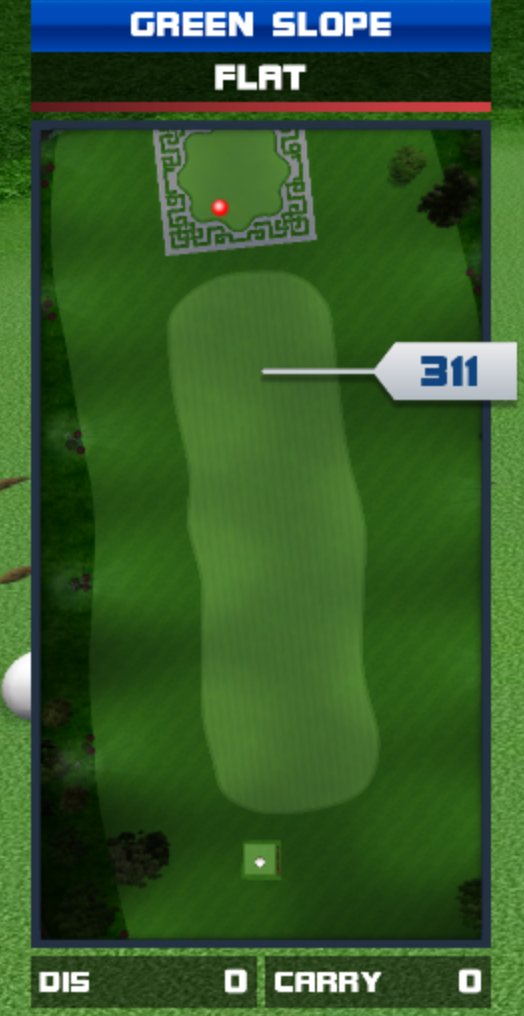 A brand new addition to the HUD is a customizable banner for players to display behind their player name, introducing another level of personalization for fans. Additional banners can be unlocked by logging in with your player account to play Golden Tee PGA TOUR, and unlocking applicable Club Pass tiers, with more becoming available in each new season of Club Pass.

The Golden Tee PGA TOUR 2022 team is thrilled to deliver this redesigned HUD and UI to players, along side additional PGA TOUR courses, brand new original GT courses, and more, with the game’s update scheduled to begin shipping next week!