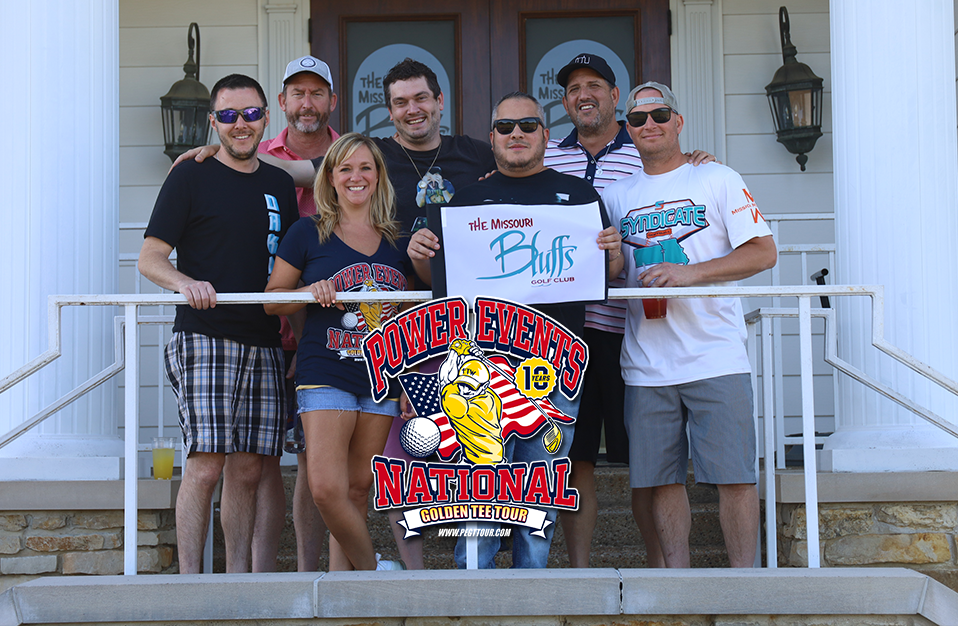 This past weekend was 2021 Missouri Open, graciously hosted by the Missouri Bluffs Golf Course in St. Charles, MO!  139 players played in the main event, with many others playing in Thursday and Friday events or just hanging out to catch all of the intense action!

Not only was this the third event on Power Events 2021 calendar, it was also the very first Golden Tee Mobile LIVE event, put on by Incredible Technologies!  Nine players traveled for the inaugural event, which saw Tony Johnson take on Jordan Scott to crown our first ever GT Mobile Missouri Open Champ!

After the Friday night activities, the seriousness of Golden Tee competition was in the air all Saturday long.  To kick off the day, we had the five course qualifier for the arcade game.

Tropical Falls was randomly selected as the course to skip during qualifying and there was a sigh of relief from the players whose golf balls spend more time in the water than on the fairway of that course!

After the top 32 bracket was secured for Championship Sunday, attention turned back to the Golden Tee Mobile event where we were set to crown our first ever GTM Missouri Open Champion!

Since this was the first time running a tournament for GT Mobile, there were some kinks to work through and match play ended up going pretty late.

After getting down to just two players, Tony Johnson (King of the Hill) and Jordan Scott, we decided to postpone the finale until Sunday night to let the players rest.

Come Sunday night, Jordan would have to beat Tony twice in order to win the Championship!

Although tension was in the air Saturday as players tried their best to qualify in the top 32 of 139 players, things got even more intense when Sunday match play begins!

Sunday match play to crown the 2021 Missouri Open Champion for both arcade and mobile!

After the Gold and Purple bracket finals, we turned our attention back to Golden Tee Mobile, where King of the Hill Tony Johnson took on Jordan Scott to crown our first ever champion!

In the end, Tony Johnson was just too strong of a force for Jordan Scott to overcome!  A massive congratulations to Tony Johnson for not only winning our first-ever GT Mobile LIVE event, but also playing very well in the arcade tournament, taking 4th place in the Purple bracket! 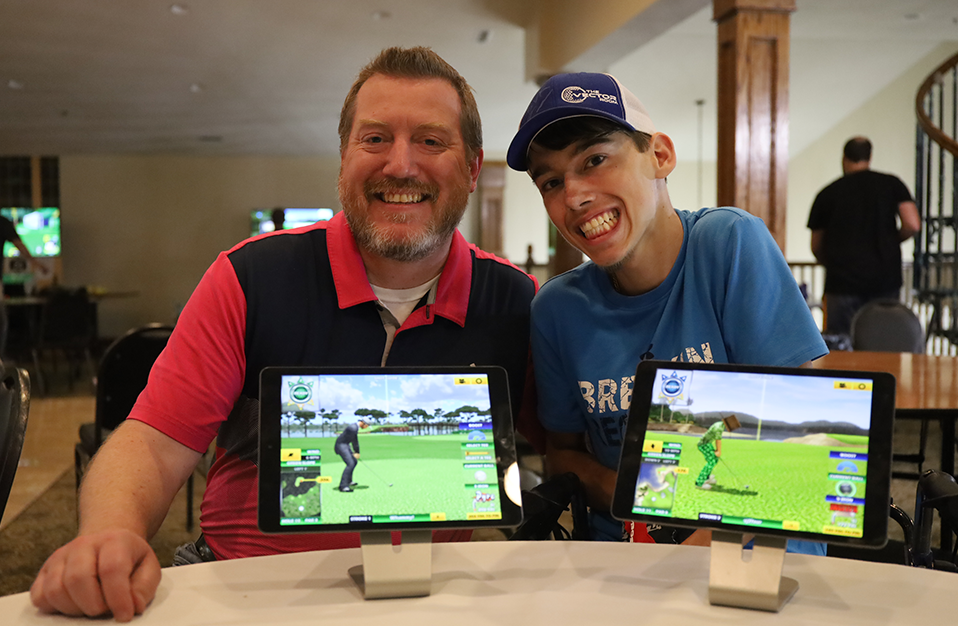 For everybody who traveled, whether it was 10 minutes, a 5 hour drive or multiple flights to make it to St. Charles, MO for this massive event, we thank you graciously!  Another successful event for Power Events, with massive kudos to Steve, Paige and Russ for all of their hard work they constantly do to make these tournament run as smoothly as they do!  Another massive shout-out to Tim Arnold and his entire staff at the Missouri Bluffs Golf Course.  This was their first event of this magnitude and over four straight days and their entire team kicked major ass all weekend long to take care of all 140+ people in that building!

We've got a few short months before the next Power Events Golden Tee Tournament, the Inaugural Music City Madness!  Nashville might be used to rocking all night long, but we're not sure if they're ready for a Golden Tee tournament!