NEWS
Florida Open Recap
The 2020 Florida Open was a great success! We crowned another spot in the 2020 World Championship!
http://twitter.com/share
Prev News | Next News 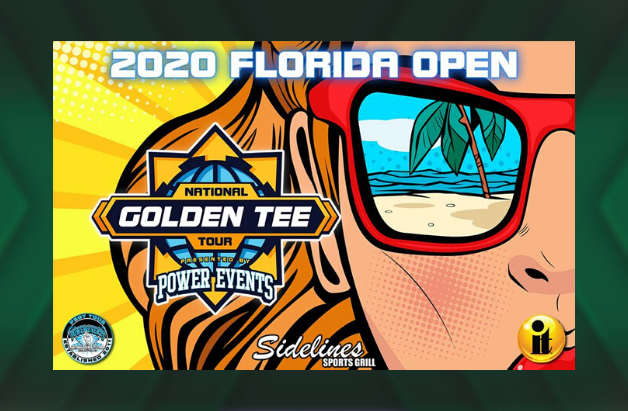 The first stop of the 2020 National GT Tour presented by Power Events was a success! Sidelines Sports Grill in St. Cloud, Florida (south of Orlando) was a great host that saw a total of 136 players which is 36 more than the 2019 Florida Open! This opened up brackets for a full Purple and a Pink bracket along with the normal 32 seed Main bracket. There was a lot up for grabs other than a $2,500 first-place prize for the Main bracket. We gave away a 2020 World Championship pass to the Purple bracket winner and the Pink bracket winner received a free pass to the Carolina Clash happening in October!

Photos from the Florida Open can be found here. Courtesy of Golden Tee TV. 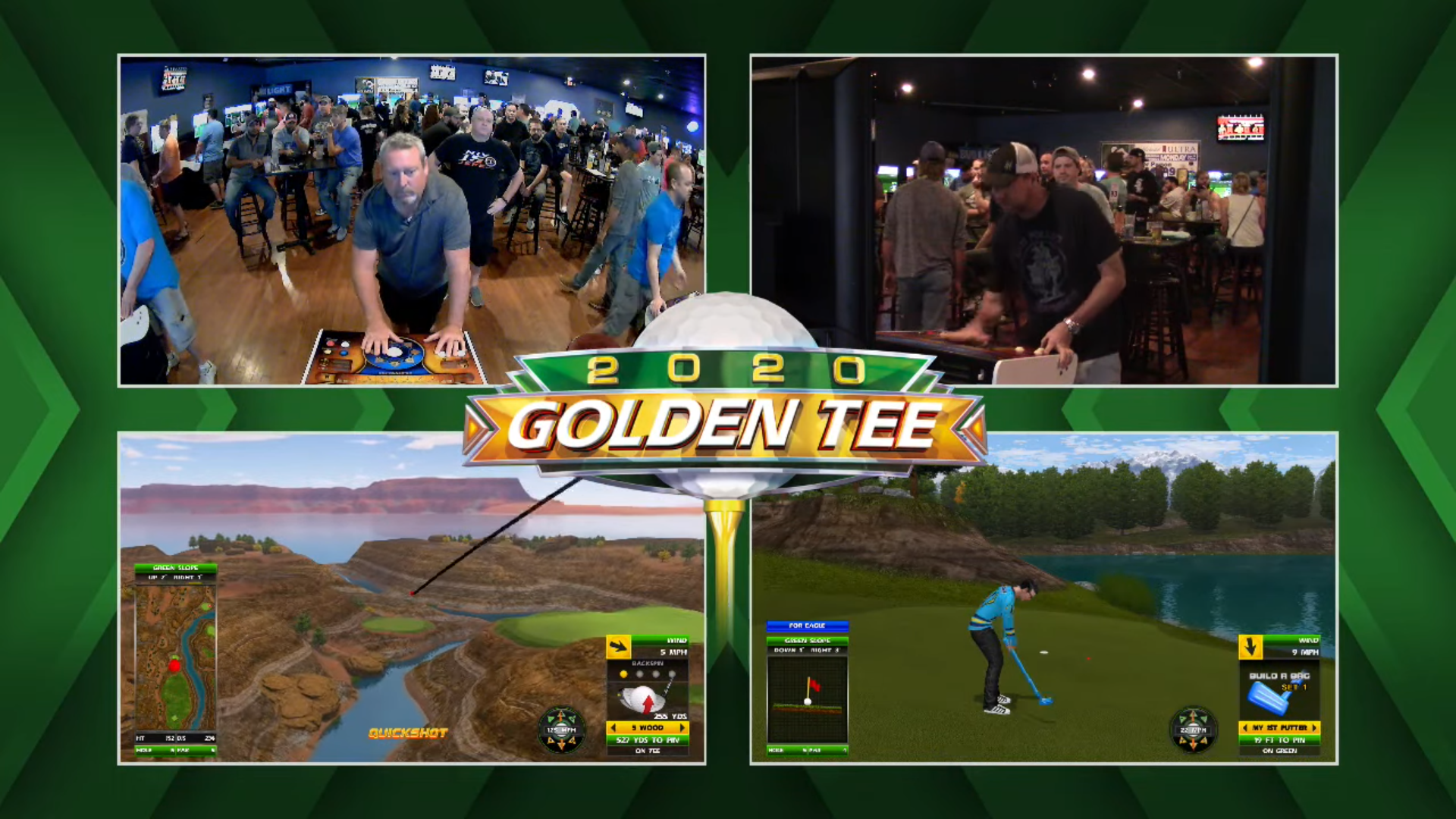 Did you miss the action? Stream it all on our YouTube page now at YouTube.com/GoldenTee!

The Florida Open saw the 136 players qualify on Grand Teton, Dodge City, Lake Powell, Oakwood Hills, and Coral Ridge. The total score needed to qualify for the Main bracket was -126; a -116 with at least 96,423 Great Shot Points for the Purple bracket. To help show how close it was and how important GSP is in qualifying, five other players hit a -116 just missing out on entering the Purple bracket and a chance to play a Worlds pass.

Check out the final leaderboard here and how each player qualified per course here.

Sunday bracket play saw the top 2 seeds get knocked out by the 5th round. While Clint Grover and Jared were making there way through the losers bracket, Chris Brewer was making his run. Brewer beat Brian Sharp, Jason Wikstrom, Adam Fitzgerald, Eddie Godfrey, and Adam Harris to become the King of the Hill (KOTH). Brewer's notable wins were beating Eddie G -27 to -26 and Adam Harris in the KOTH match -27 to -25. While Brewer sat nicely and waited to see who he would take on in the Main bracket finals. Adam Harris was collecting his bounties from beating Marc "The Mouth" Muklewicz and then Andy Fox twice!

In the Main bracket finals, Adam Harris was no match for the solid run Chris Brewer made on Sunday. Brewer only needed one win to be crowned the 2020 Florida Open Champion; he did that by beating Harris -25 to -22 on Coral Ridge! This is Chris Brewer's first Golden Tee World Tour (PEGT) win and his second tournament win of the year.
The Purple bracket saw Chris Knight and Gavin Herrin, the top two seeded players end up in the finals! Herrin ended up beating Knight, who was KOTH, by winning two games. Herrin won -28 to -23 and -27 to -21 to take home the Purple bracket title and a pass to the 2020 Golden Tee World Championship!