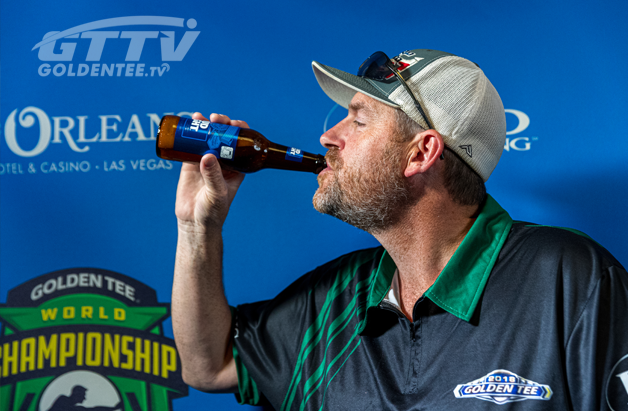 It's every Golden Tee fans' dream, but last year it was only one man's reality.  Walk in to The Orleans Hotel & Casino in Las Vegas, play in the Closest-to-the-Pin contest and win the final qualifying spot for the World Championship.

Dave Sandmire is a huge Golden Tee fan from Waterloo, WI.  Sandmire and a handful of his buddies travel across the nation to tournaments as part of the group known as #TeamWisconsin.  Their goals are very simple:  Arrive to Golden Tee tournaments, drink a lot of Busch Light (and we mean a LOT of Busch Light), play Golden Tee and have one hell of a time.

These guys are all good players, but they don't go to tournaments expecting to win.  They go to have fun, make friends and bring the party.

And on Friday, June 8, 2018, that is exactly what Dave did.  Buckets upon buckets of beer were drank and everybody was having a good time.  Caught up in all the excitement was the fact that Dave was winning matches and making his way up the Closest-to-the-Pin bracket for the 74th spot in the World Championship.  It all came down to Hole 9 in his match against MN pro Tony Johnson.

The look at Hole 17 of Bayou Bay was very favorable for both competitors.  Tony shot stuck further up the green about 26 feet away.  Dave, with two hats on his head, took one last sip of beer knowing he had to get this shot close to win his spot in the World Championship.  And he did exactly that.

After Dave's shot nearly dropped in the cup, the crowd at The Orleans erupted in celebration for one of Golden Tee's friendliest faces.  After getting a new bucket of beer and having his official World Championship headshot taken, Dave and his new CTTP championship belt took a nap in the audience.  Of course his close friends were there to pose and poke fun at one of their best friends, and now, a World Championship qualifier! 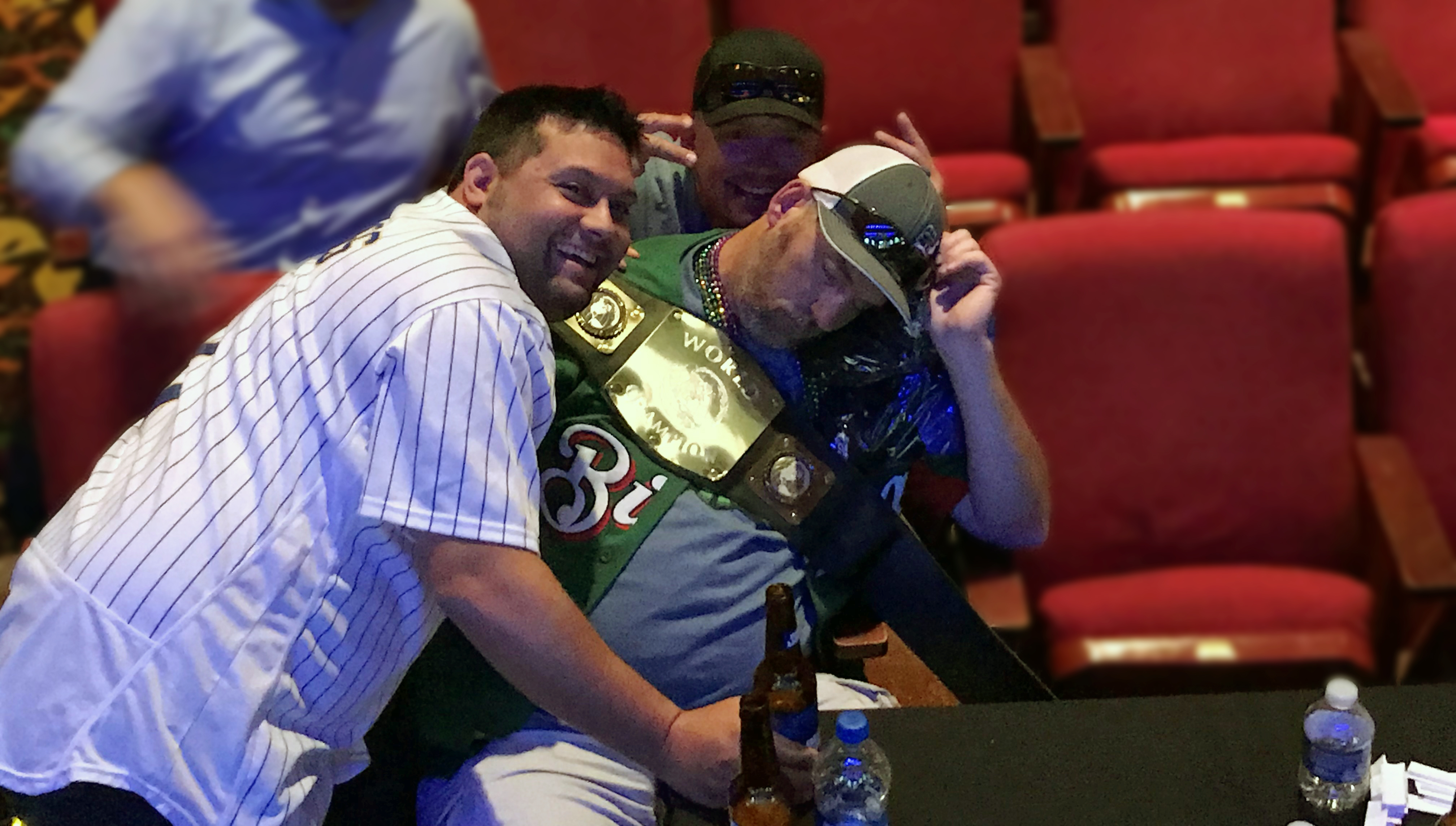 Sandmire, along with the rest of #TeamWisconsin, and a few dozen other Golden Tee players will be on-hand at The Orleans Casino & Hotel in Las Vegas on June 21st to try to win one of TWO final qualifying spots!  Let this article serve as a little motivation for you to qualify this year while enjoying one heck of a time as an official qualifier of the Golden Tee World Championship!