NEWS
What are the Odds?
World Championship betting odds are back for 2019!
http://twitter.com/share
Prev News | Next News 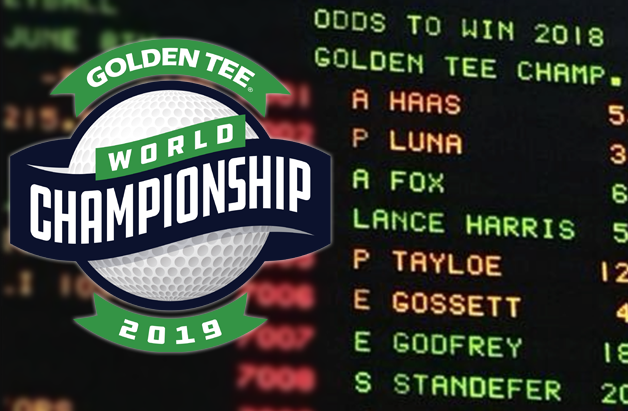 The Nevada Gaming Control Board has granted approval for licensed NV sports books to offer wagers on the winner of the 2019 Golden Tee World Championship!

The head-to-head eSports video-golf tournament will be held in The Orleans Showroom, an 850-seat venue, at The Orleans Hotel and Casino on June 21-23 in a second-year partnership with Boyd Gaming.

“We are thrilled that once again the NGCB has granted the approval of wagers on the Golden Tee World Championship,” said Elaine Hodgson, IT President and CEO. “With such a successful event last year, we can't wait to see the excitement that the 2019 Championship will bring!"

Since its release in 1989, Golden Tee® has awarded more than $100 million in prize money in online skill-based contests and live events — positioning Incredible Technologies as an eSports pioneer. This will be the second time viewers and fans will have the ability to place wagers on the tournament winner after a highly successful betting event in 2018.

“Golden Tee is the original e-sport”, said Don Pesceone, IT’s VP of Amusements.  “The skill level of our competitive field has never been stronger, and the World Championship event is the crown jewel.  Offering the ability to wager on these video athletes adds a whole new level of intensity to an already action-packed event.

Licensed books electing to offer these wagers must provide the Enforcement Division with notification of terms via email at ops@gcb.nv.gov. The official source of results will be found on www.goldentee.com. For more general information, please visit www.itsgames.com.