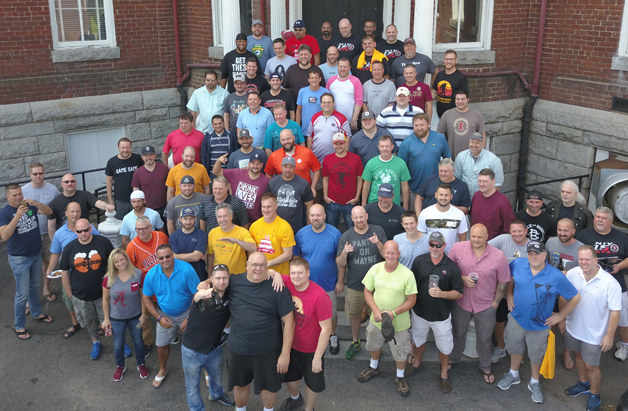 For the second year in a row, this past weekend was a record-breaking weekend for the Baja Bean's NIV (Not in Vegas) tournament!

83 players signed up and played in the main event on Saturday and Sunday, with a handful of those players being brand new to the tournament scene!

The NIV Sweet Sixteen kicked off as usual on Thursday night with a Closest-to-the-Pin and Money $hot contest.  North Carolina's Paul Tayloe went back-to-back winning both contests for the second year in a row!

On Friday night, over 85 players played in the handicap tournament, where a percentage of those players won free entry into the main event on Saturday.

The Friday night handicap event was also kicked off by the Baja Bean’s #FreeBeerFriday special for Golden Tee players.  We are sure that the beer didn’t affect player’s scores at all on Friday night! ;)

After recovering from free beer on Friday, 83 Golden Tee players from all over the country played a 5 course qualifier on the new 2019 courses Saturday morning.

South Carolina’s Chris Brewer was the top qualifier with a -136 and 215,000 great shot points. The rest of the top 10 included familiar faces, but also a few new ones as well.

After a free taco lunch buffet and many hours of qualifying, Saturday night had players of all skill levels relaxing, playing games of GT, getting to know each other and making new friends across the bar.

Once the hangovers settled down on Sunday morning, the players were ready for battle, with the top 32 facing off in the Gold bracket for the title of NIV Sweet Sixteen Champion.  The remaining players faced off in the Purple bracket for the Purple Bracket Championship. Before the matches were started, the players were treated to a free pig roast lunch, courteous of Jefe and Baja Bean.

Top qualifier Chris Brewer kicked things off by winning his first match against Brian Holt, but was taken down in his second match by Adam Ashley in overtime on Pembroke Links.  He won his next two matches on the losers’ side before ultimately losing in another overtime game, this time against Minnesota’s Tony Johnson on Agave Ranch.

#8 qualifier Steven Cook out of North Carolina, and #11 qualifier, Todd Boyer out of Virginia had very strong tournament Sundays, powering through three victories each before both losing in overtime games to move to the loser’s side of the bracket.  Cook lost to fellow NC player Paul Tayloe on Sandhill Woods, while Boyer lost to long-time NY player Stu Fox on Agave Ranch.

Both of their runs would unfortunately end soon after, as Cook lost to Tony Johnson on Catedrais Beach and Boyer lost to Adrian Westergren on Pembroke Links. Both gentlemen earned a 5th-6th place for the weekend.

The only two remaining undefeated players, Stu Fox and Paul Tayloe, battled for the King of the Hill, where one of them would be guaranteed at least a 2nd place finish.  Ultimately, Stu would suffer his first lost when Tayloe shot -29 to his -28 on Catedrais Beach.  That now meant that Paul Tayloe would have to be beaten twice, in order to lose in the battle for 1st place and title of NIV Sweet Sixteen Champion.

After winning his first game and losing his second, MN’s Adrian Westergren went on a very strong run on the loser’s side of the bracket.  He won 6 games, with the final win earned by defeating one of his close friends, Tony Johnson, on Beals Creek.  Tony Johnson would finish in 4th placet, while Westergren would be knocked out by Stu Fox on Agave Ranch in the battle for 3rd place!

We were now officially down to two golfers, a rematch from the KOTH match that took place not too long ago.  Stu Fox, in his first finals match since 2004, would need be beat Paul Tayloe twice in order to become Champion.

Unfortunately, it seemed that the nerves of being on that finals stage were able to get the best of him, as Stu lost to Paul in the first game on Sandhill Woods, eventually falling -28 to -21.

Congratulations to Paul Tayloe on his NIV Sweet Sixteen Championship win.  This is his second victory in Richmond, as he won this event back in 2016, while taking a second place last year. 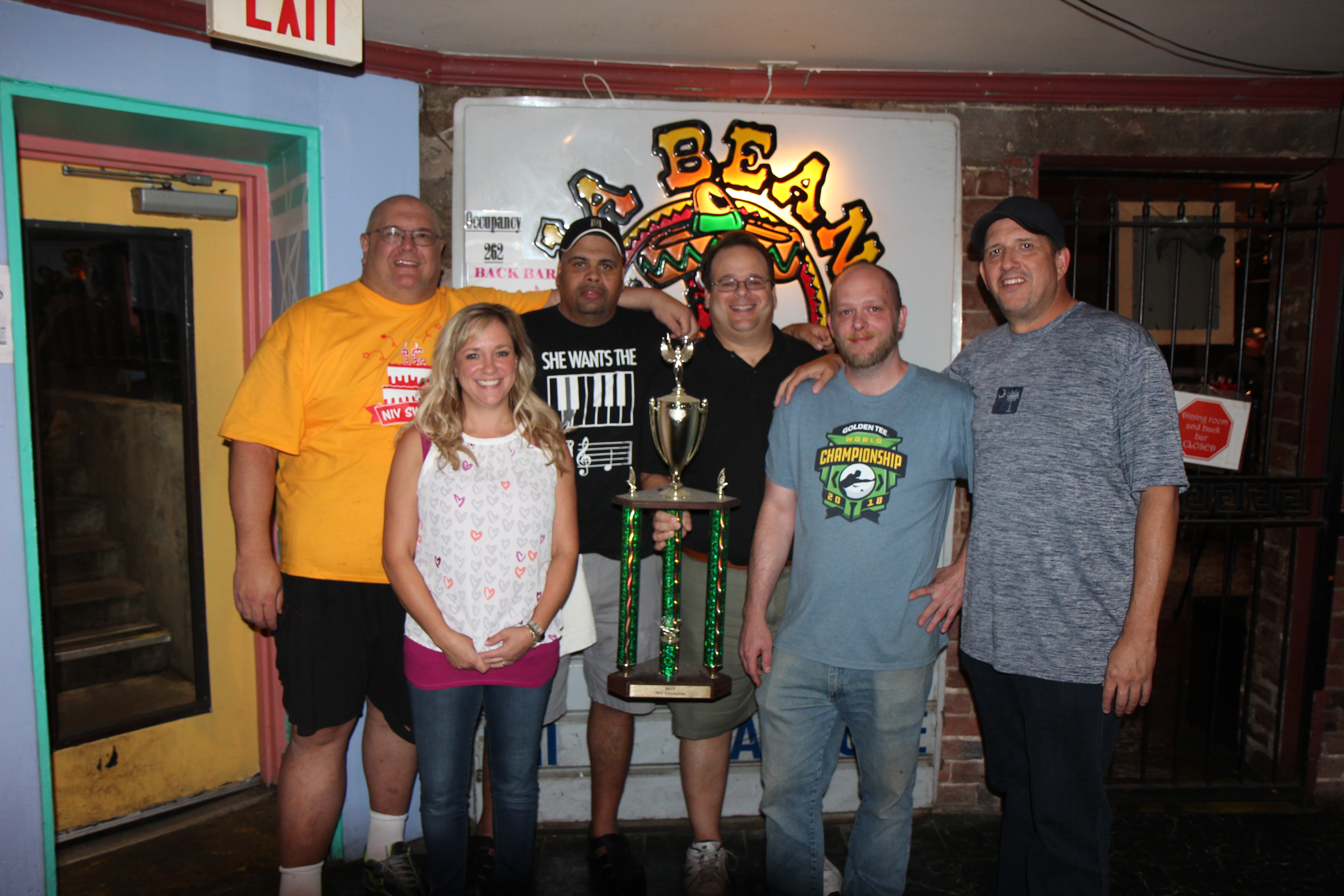 We thank Power Events for their continued support of this game and their ability to put on high-quality Golden Tee tournaments around the nation each and every year.

We also want to give a sincere thank you to Jefe Alums and everyone at the Baja Bean Richmond for taking care of Golden Tee players for the last sixteen years.  Every year is better than the last and that is never easy to do!

The next Power Events tournament is the Houston Holiday Classic & Top Gun / Lil Gun player of the year tournaments. Those events take place the weekend of November 29th through December 3rd. You can find more information on that at PEGTtour.com.