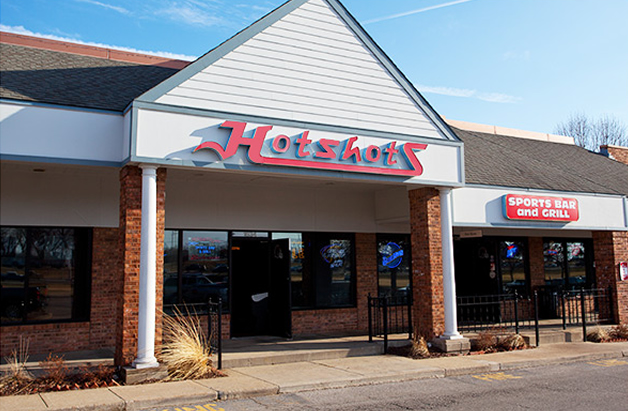 Every year the Power Events Golden Tee Tour gets bigger and better and as we approach the third tournament of the season, 2019 is already ahead of the curve breaking records.

After 100 players participated in the Florida Open in February, the Wisconsin Open followed up a month later with 106 players!

With a week left before the action takes place, nearly 130 players are registered for the upcoming Missouri Open and it could be a record shattering event!

The action all takes place at Hotshots Bar and Grill in St. Charles, Missouri.  This is their third year hosting and we can’t be more excited!  This location has plenty of space to accommodate over twenty Golden Tee machines and the large, potentially record breaking, number of players attending the tournament.

With four straight years of having 100 players or more in the Missouri Open main event, will Hotshots be able to handle the action of 130+ players this next weekend?  We believe so!

The tournament weekend begins on Thursday, April 25, around 7:30pm with Closest-to-the-Pin and Money $hot events. The entry fee is $10 a piece and these contests will be double-elimination.  These contests are always a fun way to kick off another amazing weekend of GT!

On Friday, focus will shift to the handicap tournament, a very popular night where many players of all skill levels get the chance to win their entry into the Saturday main event. It will begin roughly at 7:30 p.m. and be single-elimination. Entry is $25, and you must have a valid GT handicap to enter.

The following day, Saturday, the main event will begin at noon. All participants will take part in a five course qualifier on the 2019 courses.  Just like last year, our remastered Golden Tee Fore! courses are available and will be played in match play throughout the weekend.  The five courses for qualifying will be drawn at random on Saturday morning.

The 32 players with the combined lowest scores will be placed into the main bracket. The next 64 players will be thrown into the purple bracket and anybody remaining after 96 will be put in the pink bracket. Tournament entry is $100. There is also the option to buy in to the hole-in-one side pot.

After qualifying is done there will be a blind draw doubles tournament that will take place on classic courses.  Doubles will be $15 per player and double elimination on the winners’ side.

Early Sunday afternoon things get intense and adrenaline kicks in with double-elimination match play to decide the winners of the pink and purple brackets and to crown a 2019 Missouri Open champion!

Can’t make it out this weekend?  Don’t worry, you can still check out all the action thanks to GoldenTeeTV’s LIVE stream coverage of the tournament qualifier and match-play.

For more information or to sign up, visit PEGTtour.com or check out the Facebook event page. Walkups are always welcome as well.

We can't wait for you to join us at Hotshots this coming weekend!