NEWS
On the Board
Before You Hit the Window, Here's a Look at the Favorites in the 2018 World Championship
http://twitter.com/share
Prev News | Next News 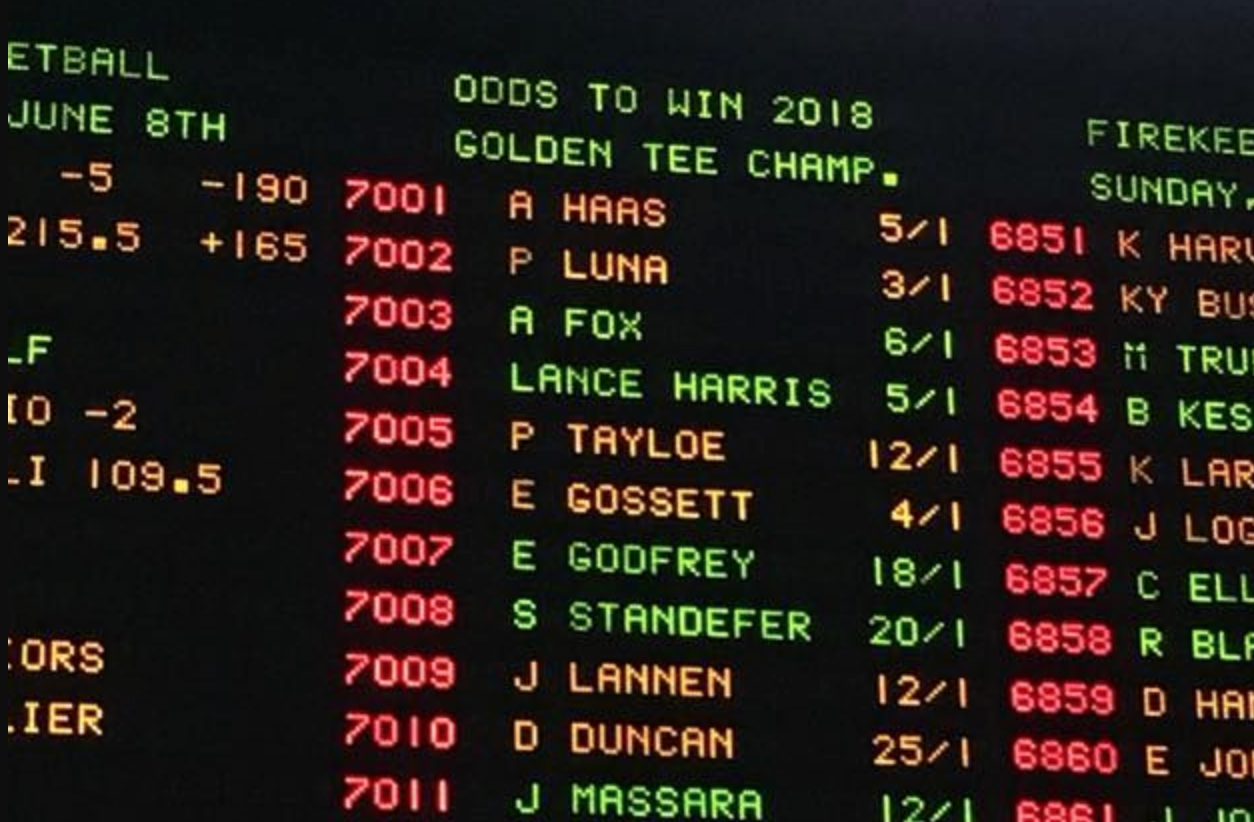 Peek into a Boyd Gaming sportsbook, and you’ll see something you don’t often see on the odds board. Real-life, bet-able odds on the 2018 Golden Tee World Championship. The odds have been posted at all 11 Nevada Boyd Gaming properties, and the main event will kickoff at noon on Saturday at The Orleans Hotel and Casino in lovely, heat-friendly Las Vegas.

If you’re in Vegas and plan to come watch the event, you indeed can place your bets before 11:30 a.m. pacific time.

And to help you with this task, we’re highlighting some of this year’s favorites and some of their stats and numbers that could help you make a decision at the window. (Odds from Friday, June 8)

Last year’s Golden Tee World Champion is once again considered one of the top choices to win this year’s tournament, despite not playing the same volume of games leading up to the tournament as he is accustomed to.

Still, the Texan, who sports a yearly average of -27.67 and has more than 11,000 holes-in-one to his name is always a threat during match play. He is a without a doubt a threat to repeat.

With a scoring average of -28.27 in 2018, Paul Luna has quickly ascended to the top of the Golden Tee universe—blossoming into one of the game’s best players over the past few years.

The Missourian might not the same sheer numbers compared to players who have been around the game for decades, but he still has more than 14,000 holes-in-one and is one of the more unflappable tournament players.

With a scoring average this year of -28.45 and more than 17,000 holes-in-one, Evan Gossett is capable of winning event. Having played nearly 90,000 rounds, the Missourian plays more Golden Tee than just about anyone.

It’s easy to see why he’s one of the top selections in this year’s tournament; Gossett, who has multiple tournament wins to his name, seems like a solid selection to make a long run.

The two-time Golden Tee World Champion opened as a slight favorite to win the tournament and could ultimately close that way depending on what happens between now and Saturday.

In terms of scoring potential, few are intriguing as Harris—a former professional poker player who has a long, successful history in the world of Golden Tee.

His -28.36 scoring average this year is on par with the top players in the tournament, and monstrous showing in Las Vegas would not at all surprise. His breakthrough event is coming, it’s just a matter of when.