NEWS
We Indeed Broke The Scoreboard
This is What a 46 Under in Golden Tee Looks Like
http://twitter.com/share
Prev News | Next News 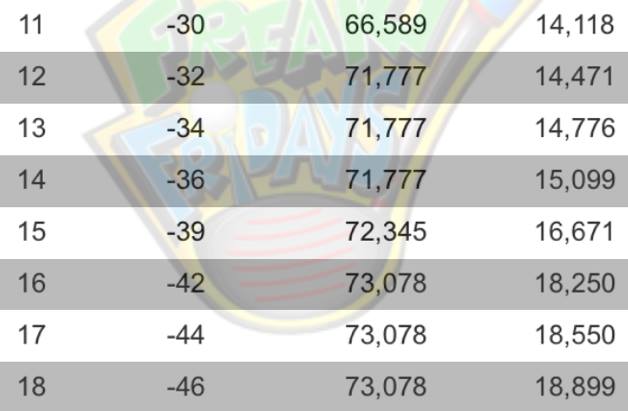 We set out to do something special and yet completely simple: shoot the lowest round of Golden Tee ever recorded, leaving behind three decades of scoring standards and expectations. The name itself “BREAK THE SCOREBOARD” said everything that needed to be said.

Needless to say, our latest Freaky Friday accomplished this and then some.

An 18-hole game of Golden Tee produced a winning score of -46.

This is not a typo. Missouri’s Evan Gossett, the first player to ever crack 40 under on a previous Freaky Friday, posted the winning score on a collection of drivable par-5s and sometimes drivable par-5s.

The setup was by no means easy. It could have been more favorable and allowed even more scoring chances.

Even the top overall score had company. Gossett was not the only player to post a -46. Fellow Missouri Daily Contest wizard Joe Massara also hit this remarkable scoring threshold—perhaps the lowest score ever posted in a golf game over 18 holes.

Gossett edged Massara by 15,000 Great Shot Points, however, giving him the Daily Contest victory over more than 3,000 other players—making it the most played Daily Contest ever.

As for what Gossett did to accomplish this feat, behold the breakdown of his 18-hole game. 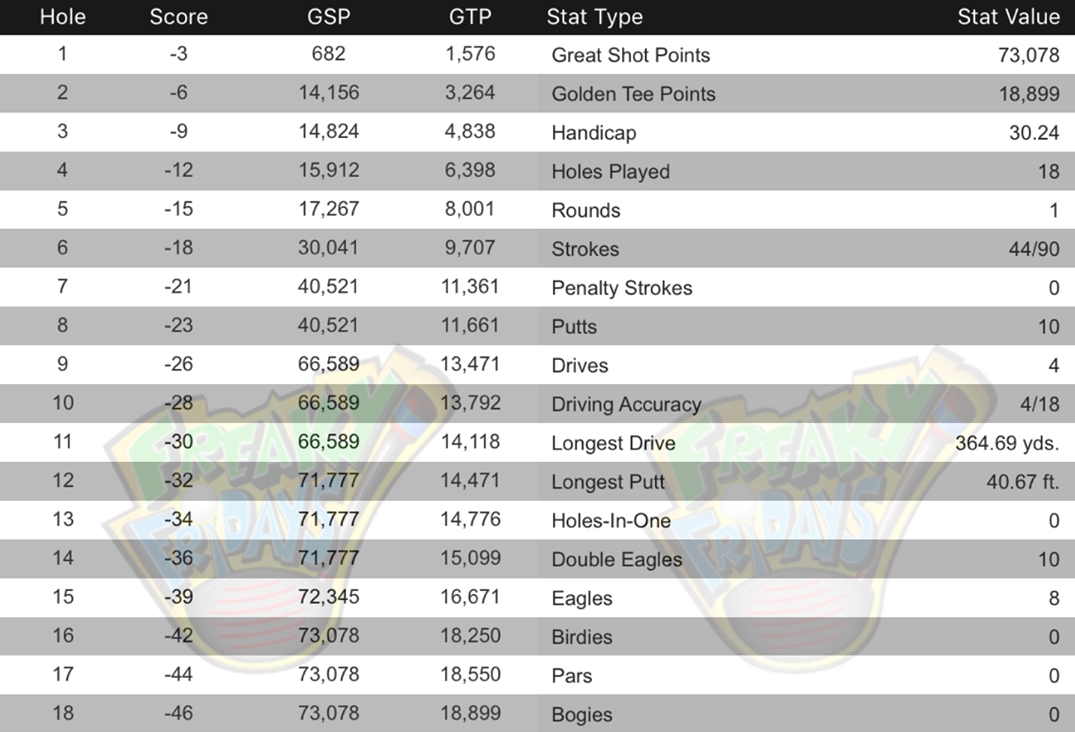 It's worth noting that in a previous game, Gossett was actually -20 through six holes (goodness) and on an even better pace. For a while, -50 was in jeopardy. A few late issues resulted in a -44, so he ultimately "settled" for a -46 a few games later.

What’s next? Each Friday from here on out, we will continue to deliver unique Golden Tee experiences on the Daily Contest thanks to Freaky Friday. We also plan to do another “BREAK THE SCOREBOARD” day somewhere down the line. Oh, we can go lower.

Congrats to Gossett on the brilliant game, and thanks to everyone who participated in one of the most exciting days of Golden Tee to date.