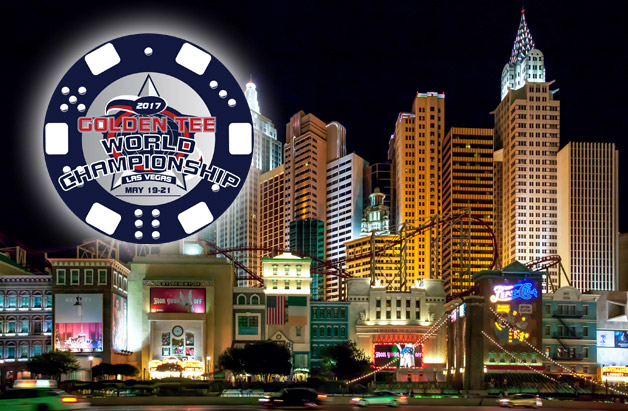 What has become clear over the past eight days is that you all care a great deal. You care about Golden Tee and its great history. Many of you are interested in making more of it—and sure, perhaps some cash, too.

The Golden tee World Championship Qualifier is going on right now, and all 2017 LIVE cabinets, no matter where they situated, can qualify you for the May 19-May 21, 64-man event at Hi Scores Bar-Arcade in Henderson, Nevada.

The overall prize pool is greater than $70,000, with the top prize is $10,000. The winner will also be allowed to create their own purchasable club set that will be featured in Golden Tee 2018 and their own #freakyfriday 18-hole creation on the Daily Contest.

Oh, and their head will be selectable option in the game.

Now we see why you care.

Here is where we stand after eight days of qualifying. More than 60 players have met the criteria on prize play: they have played 10 games on all five 2017 courses to establish a 50-game average score.

They can be found near the top of our Prize Play Worlds Qualifier Leaderboard, which is live. The scores are big, as was to be expected. But there is still time—you have until March 15 to lift yourself into the top 50 to lockup a Worlds ticket.

Two players have met the same criteria while playing on a game that is in a non-prize play state. We expect this total to grow quickly.

To follow along with this contest—which will award the top three finishers a Worlds spot—be sure to check out our LIVE Contest Worlds Qualifier Leaderboard. Your best games in Online Contests will be counted there.

More and more games will be coming in daily. More players will qualify. With more than 50 Golden Tee World Championship openings up for grabs, expect the competition to be fierce.

On March 15, nearly all of the Worlds vacancies will be held. Until then, there is still time. Get those games in—as many as it takes to be a part of one of the biggest celebrations the game has ever known.