NEWS
The Race for the Top 30 is On
An Update to Golden Tee World Championship Qualifying, Which is Cruising on By
http://twitter.com/share
Prev News | Next News 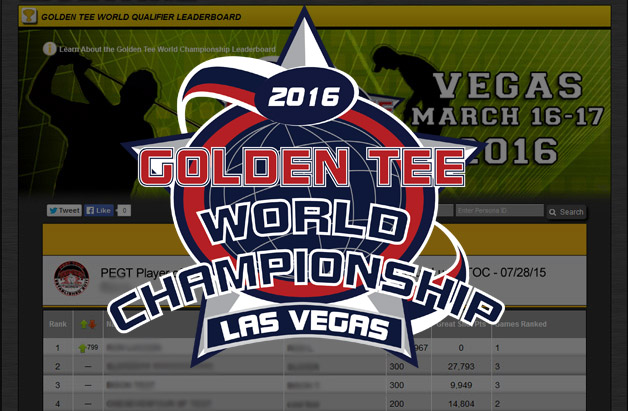 Somehow, because time moves warp speed this part of the calendar, nearly a month of Golden Tee World Championship qualifying has already gone by. By the time Thanksgiving passes, there will be roughly six weeks of qualifying left before the 32-person field is decided.

Where does the time go?

The current WC Points leader is Ohio’s Andy Haas, who has taken a comfortable separation in overall points. The competition for a spot in the Top 30, however, is incredibly fierce. One brilliant game could make a world of difference.

As of right now, however, this is where the Top 30 stands. 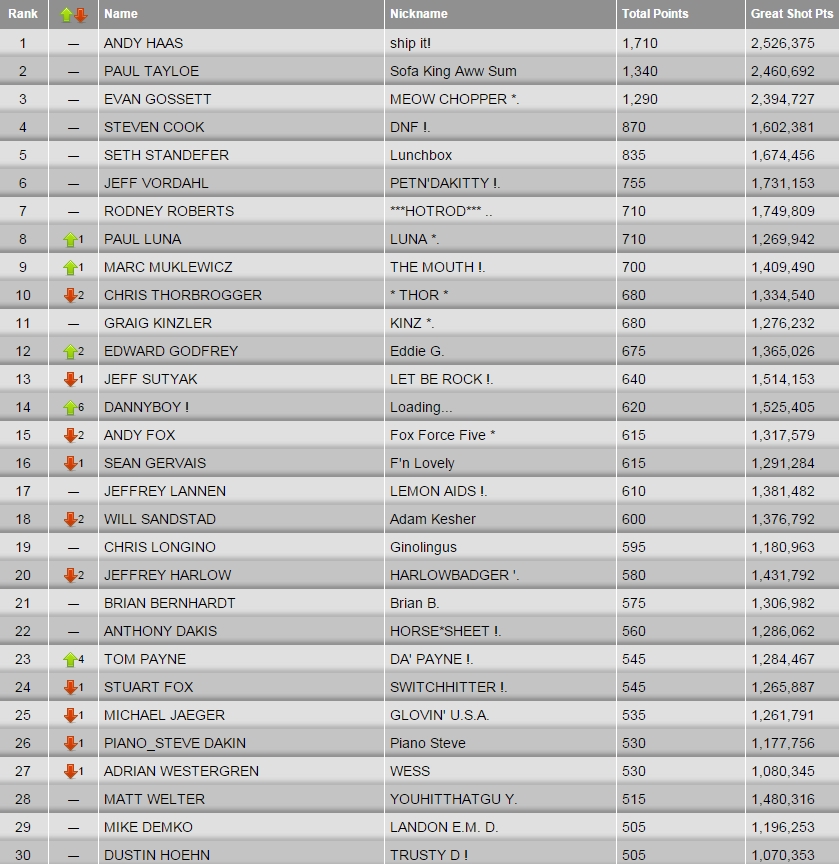 To qualify for the Golden Tee World Championship, play the Daily Contest on any Golden Tee 2016 cabinet. The Top 500 finishers each day will take home World Championship Points. After January 15, the points will be tabulated and the 30 players with the highest totals will be given a ticket to the event. The other two spots will be decided through live events.