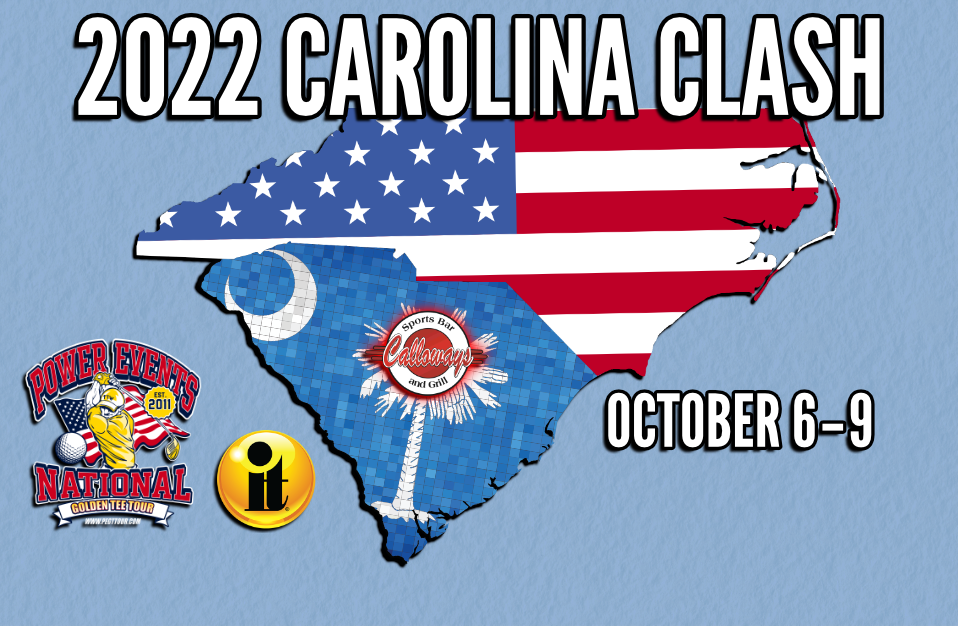 What a weekend at Calloway's Bar and Grill in West Columbia, SC! After a long weekend of competition, Andy Haas took home his fourth consecutive win, heading into our next and final stop in National Golden Tee Tour, the Dallas Holiday Classic!

It was a hard fought battle in the finals with Andy Haas entering undefeated on Sunday as the King of the Hill. He'd square off against none other than Paul Luna, who took the first round against Andy, forcing a second match to determine the 2022 Carolina Clash champion. Paul Luna ultimately lost against one of his biggest PEGT Tour rivals, by a score of 29 to 26 on Hollywood Hills. Chris Brewer, who finished 1st in qualifying overall on Saturday, took 3rd, and Paul Tayloe took 4th. 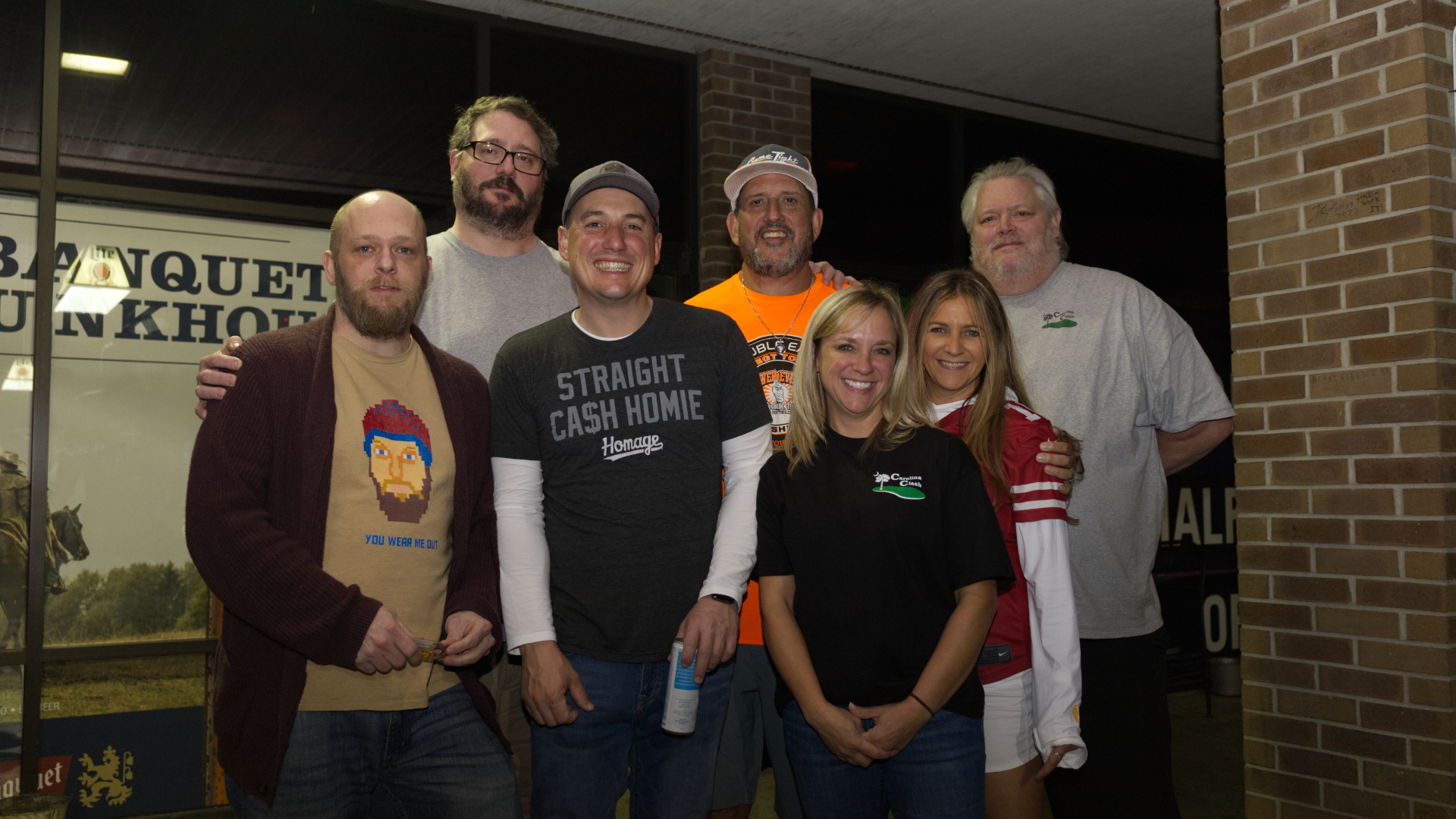 Check out a breakdown of how the Gold bracket played out below, or view the interactive bracket at Challonge - Carolina Clash Gold Bracket! 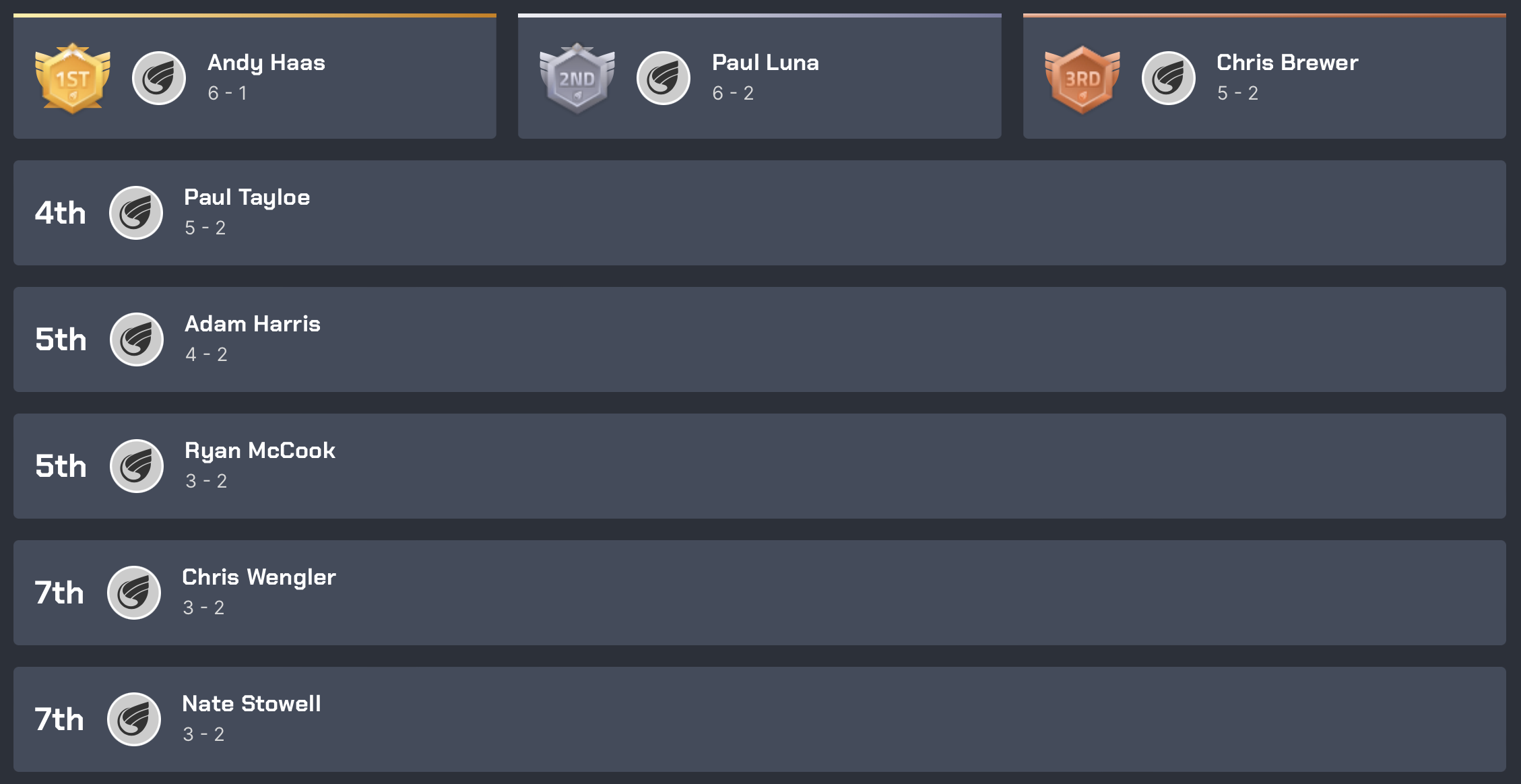 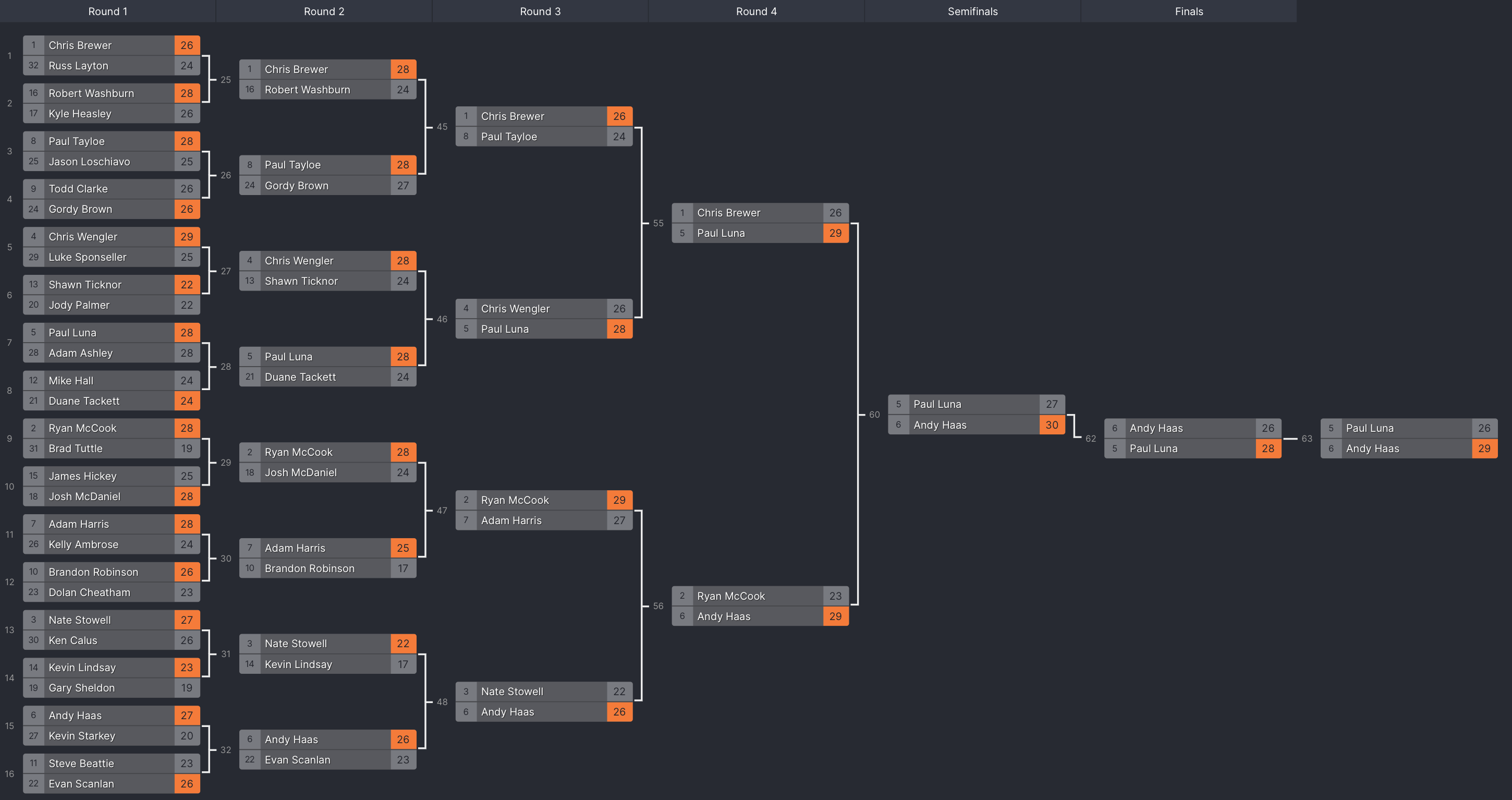 Matt VanHoosier faced Chris Longino in the Purple bracket final, with Matt coming out on top by a single stroke to earn himself the championship AND a spot in the 2023 Golden Tee World Championship! Chris Longino, Chad Gainer, and Derek Montgomery finished 2nd, 3rd, and 4th respectively. We'll see you at Worlds, Matt! 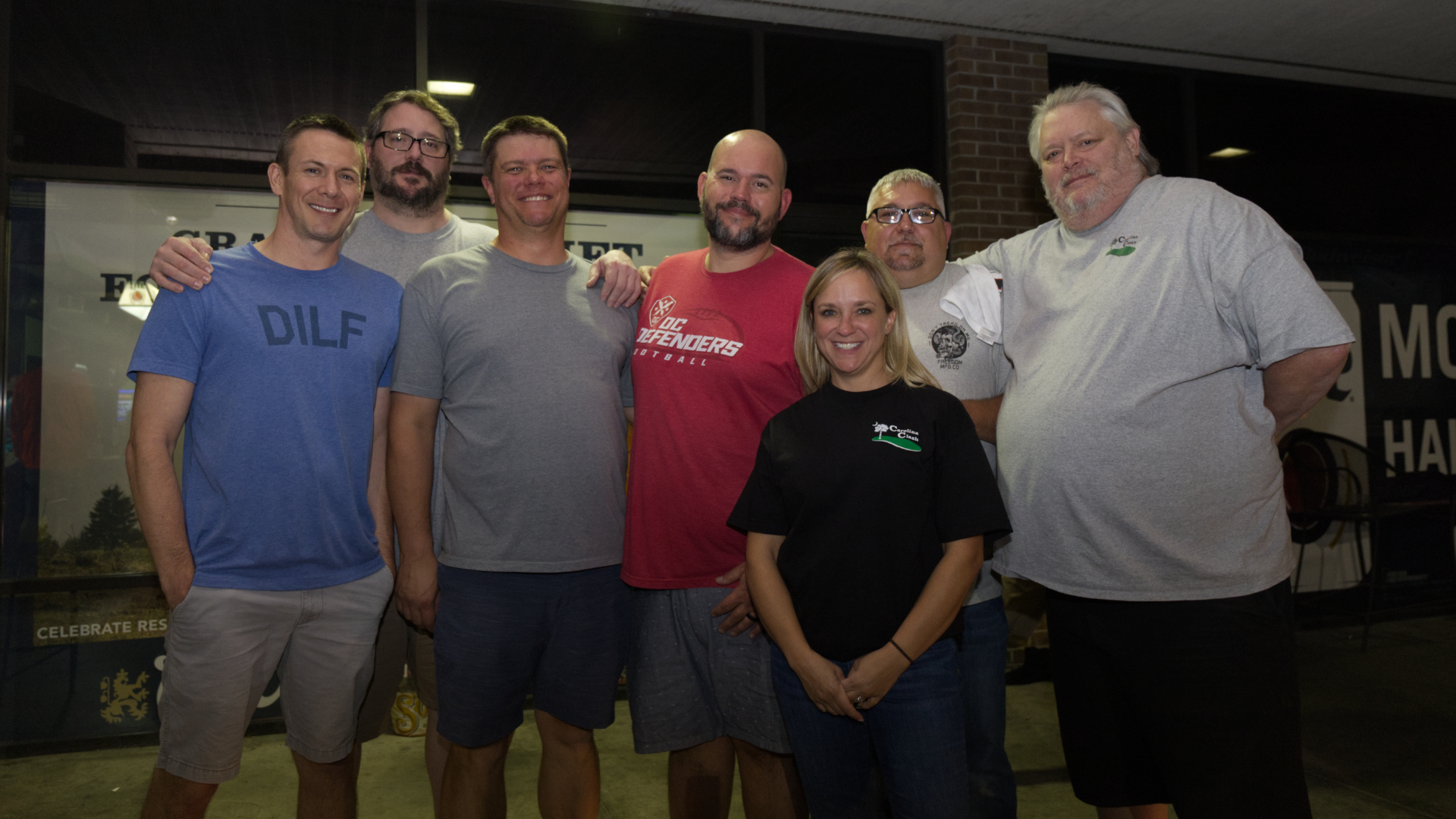 Take a look at how the Purple bracket played out below, or view the interactive bracket at Challonge - Carolina Clash Purple Bracket! 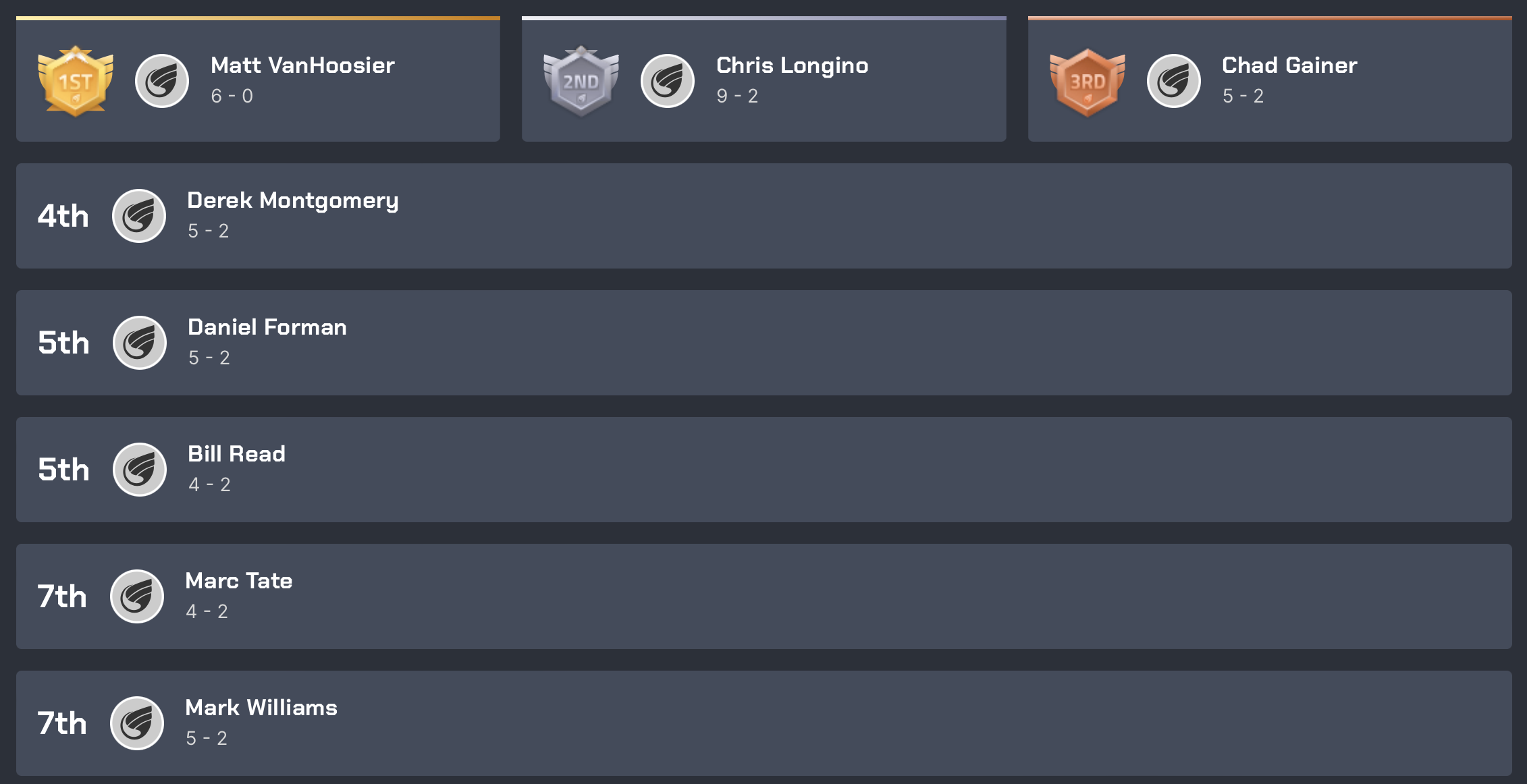 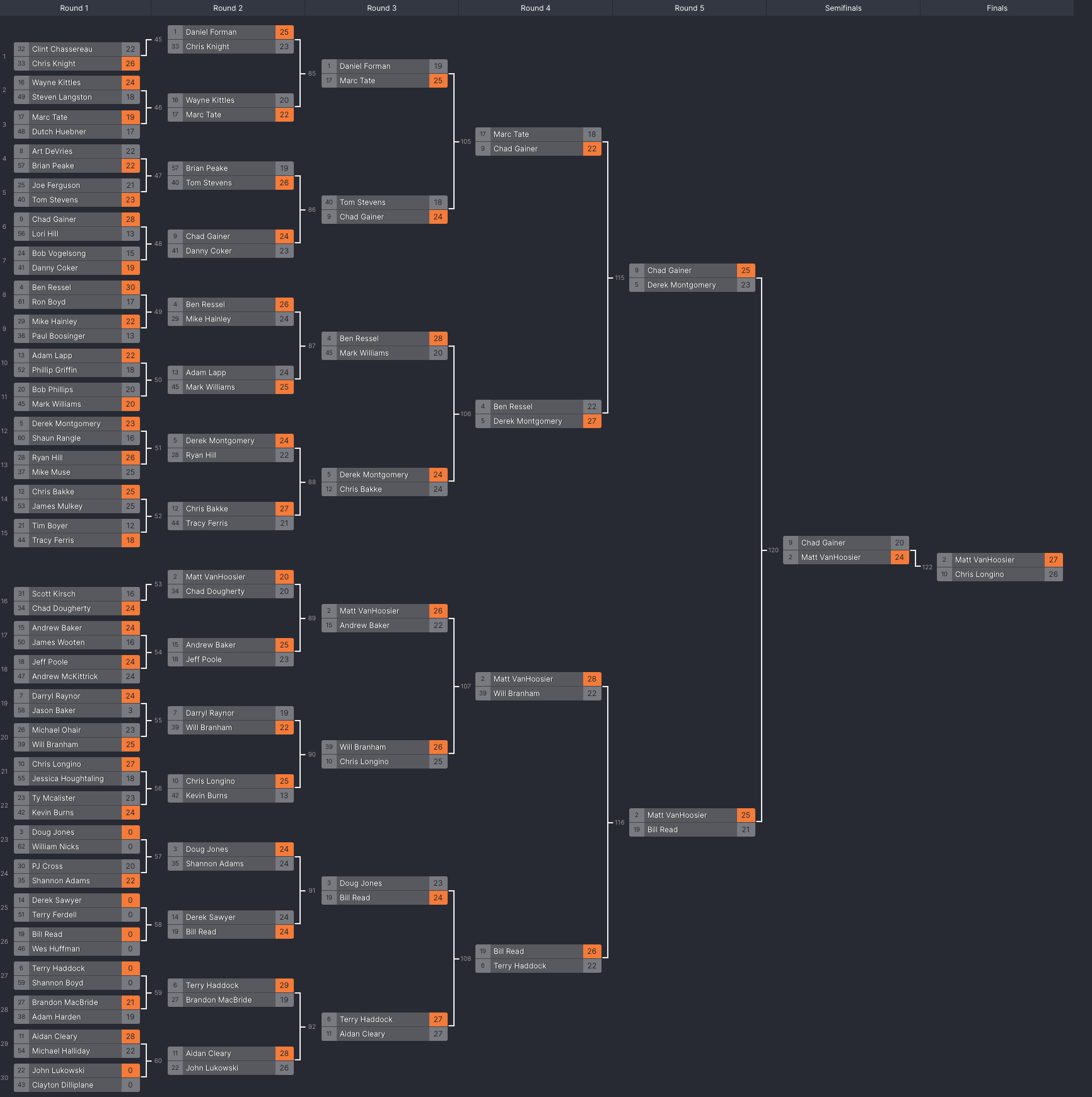 A HUGE "thank you" to the owners of Calloway's, the Muse brothers, for their tremendous displays of hospitality over the weekend, and a big shout out to their crew for keeping our plates full and thirsts quenched under the pressure of a hundred GT players. Another HUGE "thank you" to Russ, Steve, and Paige with Power Events for keeping things running smoothly, as always! We also want to send another big "thank you" to the people of South Carolina, who were amazing to us all weekend long!

We can't wait to run it back, and do it all over again in Texas for the Dallas Holiday Classic! Until we meet again, our beloved GT community!