Only two days in to Power Events 2021 Dallas Holiday Classic and records are being shattered.

Thursday Night's Closest to the Pin and Money Shot contests had nearly 80 players playing to kick off the final tournaments of 2021!

2018 World Champion Evan Gossett took down Sean Gervais to win the CTTP contest and over $300 in cash!

In the Money Shot contest, Sean Gervais took another second place finish, this time losing to Washington's Michael Jaeger who took home $300 in cash for winning. 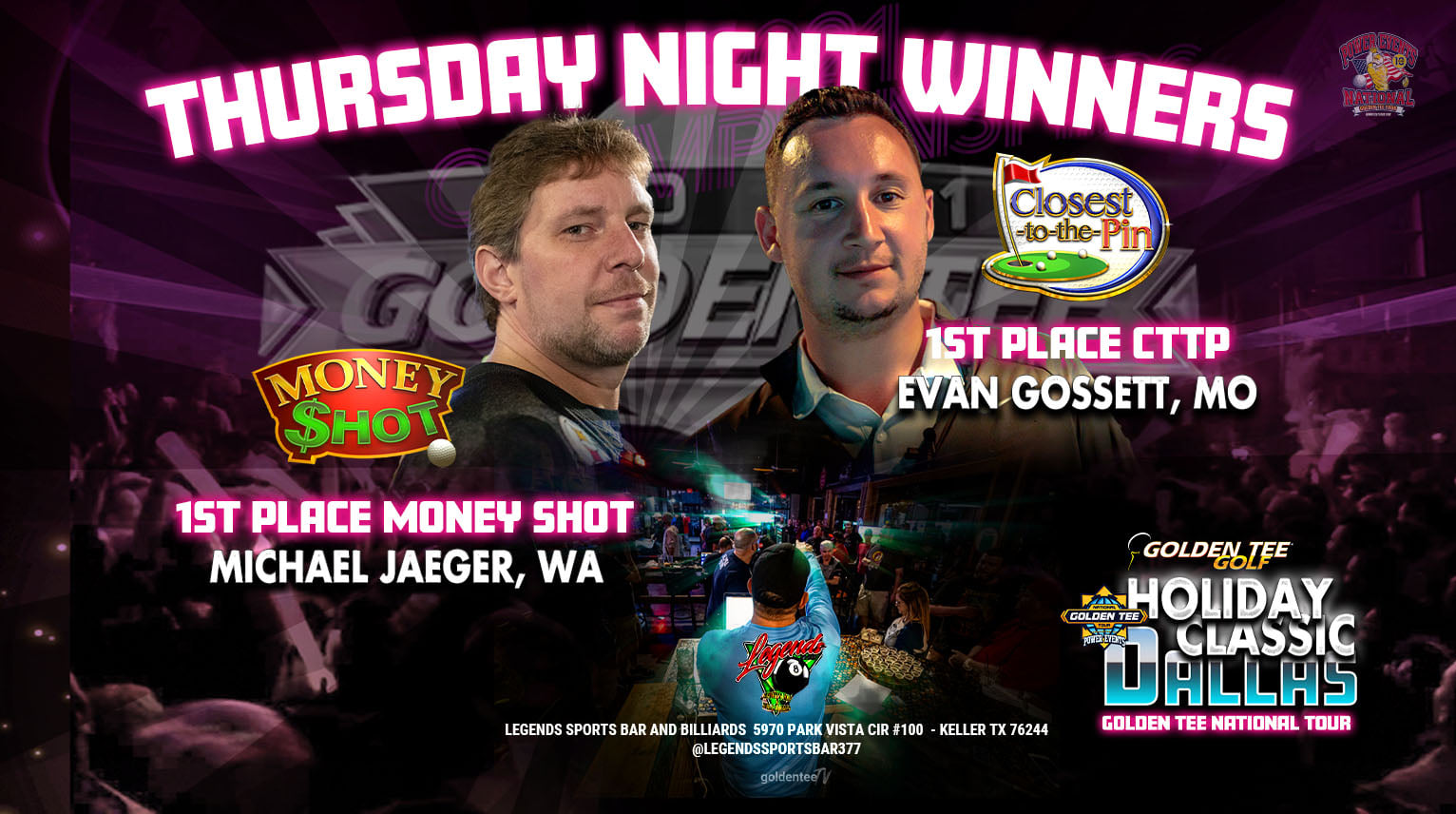 On Friday afternoon, nearly 80 players participated in the doubles tournament on classic GT LIVE courses.  In the end it was Illinois' Erik Nelson and Texas' Evan Sewell that were victorious against teams of all different skill levels to win over $400! 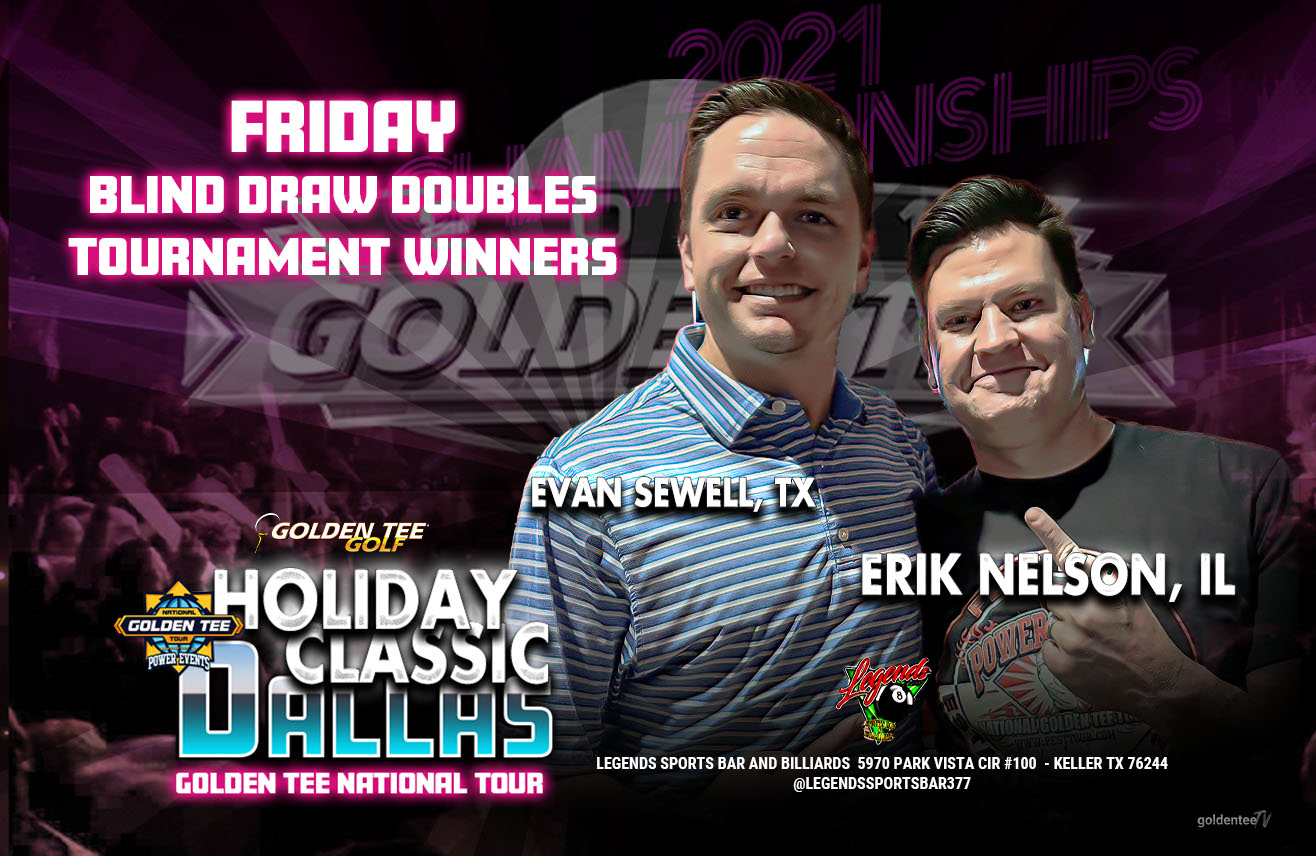 After the doubles tournament finished Friday night, we went right into the Handicap tournament where players of all skill levels competed for the chance to win their entry fee into Saturday's Main Event!

Join us LIVE at YouTube.com/GoldenTee around Noon Central on Saturday as we kick off the main event qualifying action at the 2021 Dallas Holiday Classic!