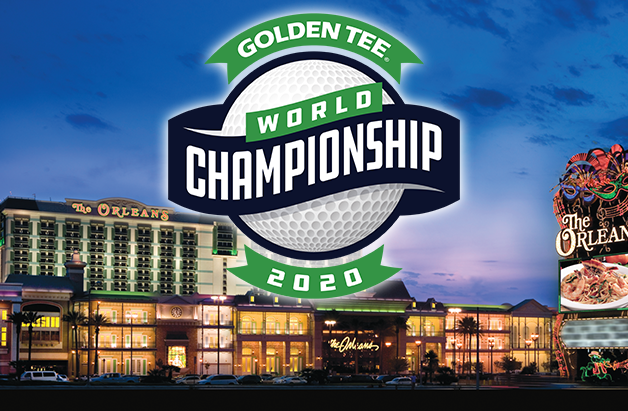 (December 18, 2019 – LINCOLNSHIRE, IL) Incredible Technologies is pleased to announce that the Golden Tee World Championship will be returning to The Orleans Hotel and Casino in Las Vegas on June 12-14, 2020!

The three-day event will be held in the spectacular 800-seat Showroom at The Orleans Hotel and Casino in Las Vegas. All the tournament action will be open to the public as the best Golden Tee players around the world compete for the game’s most coveted title and biggest prize pool.

“We are thrilled to once again partner with Boyd Gaming and The Orleans Hotel & Casino,” said Adam Kramer, newly appointed Vice President of the Amusement Division at Incredible Technologies. “Each year, this weekend has grown in size and scope. Our goal is to make the 2020 World Championship the biggest Golden Tee tournament yet!”

The 2019 Golden Tee World Championship awarded more than $135,000 in prizes to 74 qualifiers, including a $30,000 top prize that was won by Texas Golden Tee pro Mark Stenmark. The event was livestreamed on Facebook, YouTube and Twitch.

A condensed, 30-minute recap was also featured on ESPN2 in August. Boyd Gaming also offered betting odds on the event for the second consecutive year at its Las Vegas properties.

Qualifying for the 2020 Golden Tee World Championship will begin early next year across various game modes on Golden Tee 2020 machines. Other tournament spots will be won at live events in the months leading up to the tournament. The qualifying dates, prize pools and tournament field size will be announced in January.

“We have some exciting ideas that will change the way we build our field and crown a champion,” said Andy Kuhlman, Incredible Technologies’ director of esports. “We’re also planning to present the tournament in a way that has never been done before.”

For more information on Golden Tee Golf and the Golden Tee World Championship, visit GoldenTee.com and follow us on most social media platforms using the handle @GoldenTee.