NEWS
New Mobile Contests Options Available
In the latest version of Golden Tee Golf for iOS and Android, we are introducing some new options for those players who enjoy live Contests.
http://twitter.com/share
Prev News | Next News

In the latest version of Golden Tee Golf for iOS and Android, we are introducing some new options for those players who enjoy live Contests. 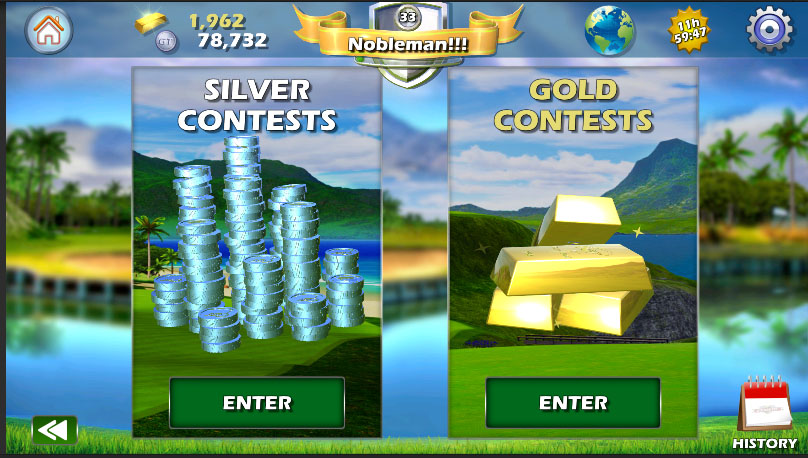 Now, when you go to the Contests menu, you are greeted with options for Gold and Silver.  Pick your currency stakes, and you will get moved to a new sub-menu. 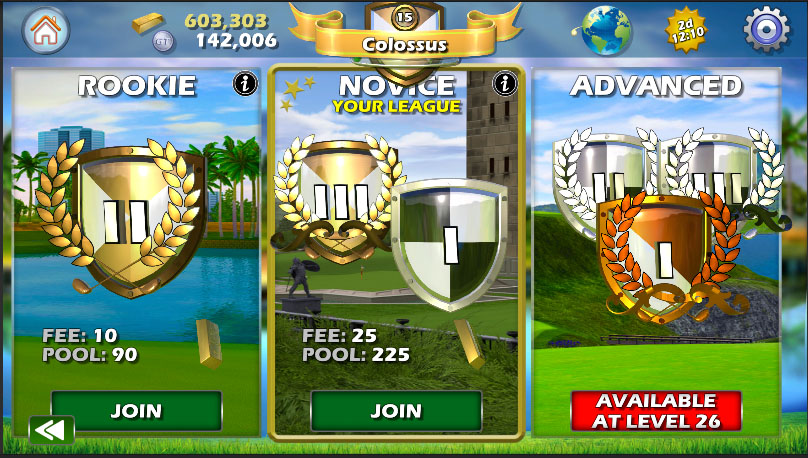 You now have multiple Contests to choose from depending on what level you are at.  If you play a Contest in YOUR LEAGUE, it will be the same Contest you have been playing all along. You’ll wager the same amounts and face off against the same players as before.  However, you now have the option to play down lower than your league if you want easier conditions and lower stakes.  When you play down below your league, you are paired with anyone else who is playing down. This means you might get in a Contest with people using better equipment. If you stay inside YOUR LEAGUE, the contestants will all have roughly the same access to club upgrades. This change allows players who may not have enough currency for the entry fee (as these have increased throughout their progression) to revisit the lower Contest leagues again. 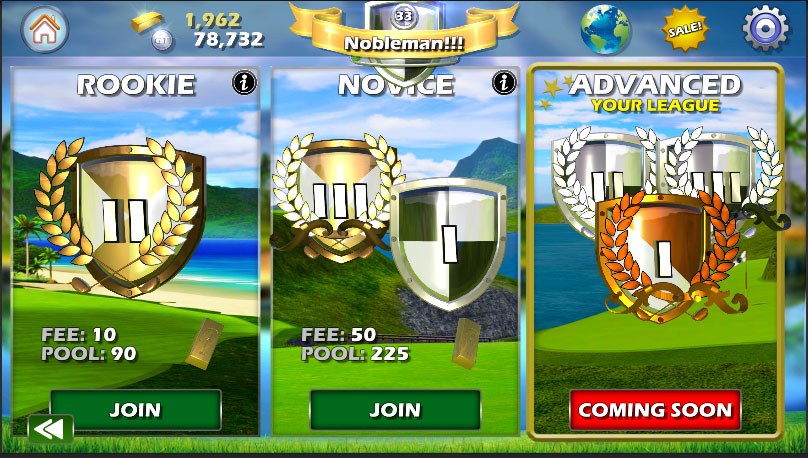 There is a special caveat for players in the current highest league level.  In an effort to speed up Contest closings, we are currently forcing them all to play down.  This means that they will join the NOVICE play-down league which is set up a little differently for the moment.  The NOVICE play-down league will have stakes and conditions similar to what would have been in the ADVANCED LEAGUE, but we have reduced the contest size to five players and adjusted the payouts. These adjustments include paying out the top three spots out of five so that 60% of the competitors will get some return instead of the standard 40%.  At some point in the future, we will return to the original NOVICE structure and restore the ADVANCED LEAGUE for higher level players.

As always, we will be listening to player feedback and adjusting as necessary to keep the competition thriving.