NEWS
PEGT Double Eagle starts in Wisconsin!
The tradition of the WI Open continues, now a part of the PEGT Tour!
http://twitter.com/share
Prev News | Next News 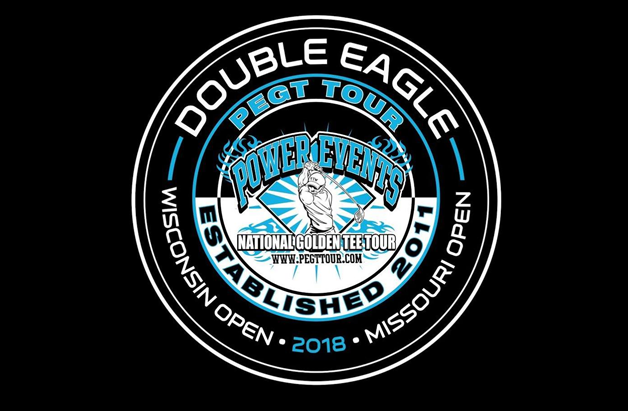 The second Power Events' Golden Tee tournament of 2018 is just a little over a week away!

For those of you who have been a part of the tour for a few years now, you'd expect the next tournament to be the Missouri Open in April.  But, things are changing this year and for the better!

Don't you worry, the PEGT Tour will return to Hot Shots Bar and Grill in St. Louis on April 5-8 this year, but first, they head to Sussex Bowl for the 12th annual Wisconsin Open on March 15-18!

That's right, one of the longest running GT tournaments is now officially a part of the Power Events Golden Tee Tour!

The tournament weekend begins next Thursday, March 15 with Closest-to-the-Pin and Money $hot events. The entry fee is $10 a piece and these contests will be double-elimination.

On Friday, focus will shift to the handicap tournament, a very busy, but fun night where many players get the chance to win their entry into the Saturday main event. It will begin roughly at 7:30 p.m. and be single-elimination. Entry is $25, and you must have a valid GT handicap to enter.

The following day, Saturday, the main event will begin at noon. All participants will take part in a five-course qualifier on the 2018 courses.  The Florida Open last month saw the debut of GT Fore! re-imagined course Rattlesnake Ridge and the Wisconsin Open will see the debut of Mystic Hills!  The five-courses will be drawn at random in the days leading up to the qualifier.

The 32 players with the combined lowest scores will be placed into the main bracket. All other players will be thrown into the purple bracket. If this tournament reaches over 100 players in the main event (with nearly 110 currently registered as of March 6th), there will also be a third bracket added; the pink bracket.

Along with adding a third bracket with 100+ players, there will also be $10,000 added to the prize pool thanks to Sussex Bowl, the owner Stephen and other generous sponsors!

Tournament entry is $100. There is also the option to pay $20 to be included in the hole-in-one side pot.

After qualifying is done there will be a blind draw doubles tournament that will take place on classic courses.  Doubles will be $15 per player and double elimination on the winners side.

We then head back to the main event on Sunday afternoon with double-elimination match play to decide the winners of both (or all three) brackets. By evening, the second Power Events' tournament champion of 2018 will be crowned.  After a day full of intense competition, you can be sure that we'll be continuing the tradition of offering up slabs and crabs for dinner!

If you can't make it out to Wisconsin to participate in the action, you can always follow along on Golden Tee's social media accounts on Facebook, Twitter and Instagram.  Golden Tee TV will also be along for the ride, streaming all the action from the weekend LIVE on YouTube and Twitch!

Whether you have attended an event before or not and are looking to improve your game, be sure to make your way to the 2018 Wisconsin Open! Visit PEGTtour.com to sign up if you’re ready. Walk-ups are certainly welcome as well.

Let's hope that the Mother Nature treats us to beautiful, sunny skies next weekend and we will see you up there for the 12th annual Wisconsin Open!

And as an added bonus, if you attend both the Wisconsin Open next weekend and the Missouri Open on April 5-8, you will get a free PEGT Double Eagle Event t-shirt!  For more information, reach out to Power Events and sign up!