NEWS
Crowning 2 Champions
The Andy's reign supreme during one of Golden Tee's biggest tournament weekends of the year!
http://twitter.com/share
Prev News | Next News 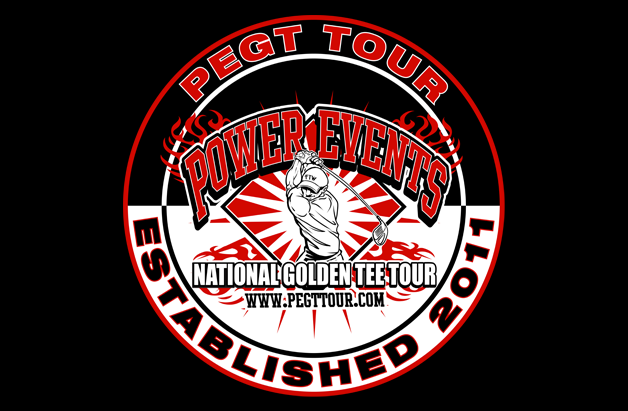 It was another exciting weekend of Golden Tee with not one, but two major tournaments happening in the span of a few days!

Kicking things off for Power Events’ Houston Holiday Classic was the Thursday night Closest to the Pin and Money Shot contests!  Thanks to Jake’s Sports Bar, the prize pool had an extra $1,000 thrown in!

After a busy Thursday night, 64 players took part in our Blind Draw Doubles tournament on Friday afternoon, played on classic courses.  The team of Evan Gossett and Jason Graham took down the 31 other teams in a great Friday afternoon showing.

The handicap tournament later that night had 96 players playing in it, with 24 of them walking into Saturday with a free entry to the main event.

Saturday saw 117 players complete the cycle of 2018 courses in order to qualify for the Gold, Purple and Pink brackets of match play.

Lance Harris leads the pack with his total qualifier of -143

Top qualifier Lance Harris made quick work of his first three matches before being sent to the loser’s side of the bracket by Missouri’s Paul Luna.  Two-time world champion Andy Haas also made his was through the winners bracket, meeting Luna up in the King of the Hill.

Luna was able to crank out a -31 against Haas on Mayfield to become the undefeated King of the Hill.

After Haas was sent to the loser’s bracket, he faced North Carolina’s Paul Tayloe, who had just defeated Missouri’s Evan Gossett in sudden death overtime.  Haas was able to knock out his NIV 15 championship opponent from October with a score of -27 to -23 on Safari Dunes.

The rematch was set: Andy Haas versus Paul Luna, a finals match that we’ve seen a handful of times throughout 2017.  Haas made quick work of the KOTH, with Luna quitting after watering a few times on one of the back nine par 3 holes.

After going toe-to-toe on game two, played at Calypso Key, Haas was able to edge out Luna after a dozen of holes in sudden death. 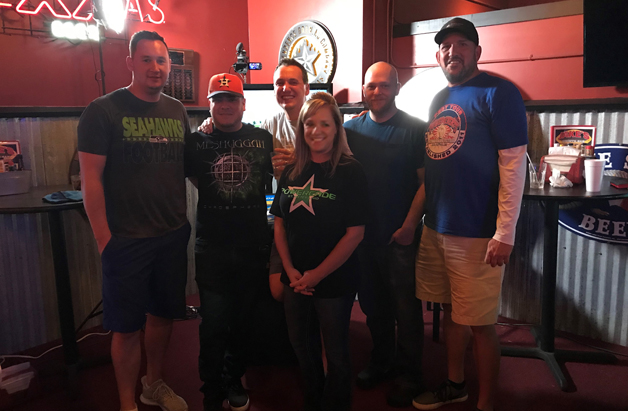 After a traditional speech by the champ and nearly 100 shots poured for some of his closest friends, the Houston Holiday Classic was complete.

After just winning the Houston Holiday Classic, Andy Haas was able to breeze through his first two matches in POTY before getting in a match with Minnesota’s Andy Fox.

Fox, along with Iowa’s Marc “The Mouth” Muklewicz, were two great Golden Tee players that did not even qualify for the gold bracket in the Houston Holiday Classic the previous day.

Fox, who was riding high on a hard-fought purple bracket victory, knocked Haas down to the loser's side after a sudden death hole out.

Mouth was able to take out five great players on his path to King of the Hill, including Andy Fox.

With Fox knocked down to the loser’s bracket and Mouth now King of the Hill, Andy had to wait for more matches to be complete before he’d have a chance at getting back to the Top Gun title.

Andy Haas was eliminated by Evan Gossett and the other Ohio player, Jeff Sutyak, was eliminated by another Missouri player, Joe Massasra.  Joe and Evan fought hard on Mayfield, with Massara taking the victory by two strokes, -31 to -29.

Joe then took on Andy Fox on Rhineland to determine Mouth’s final opponent.  After another great match that went to sudden death, Andy got the best of “JoJo” to send him packing at 3rd place.

Now, the pressure was on Fox.  He had to beat Mouth back-to-back in order to take the crown as 2017 Top Gun Player of the Year.

Andy was able to overcome the odds and defeat Mouth by 3 strokes on Safari Dunes.  Now, it's all down to one more match.  The winner of this one, wins it all and gets to call themself Player of the Year.

After a back and forth battle, Andy Fox beat Mouth by 1 stroke on Safari Dunes to claim the championship and once again prove that Andy Haas isn't the one great Andy in the world of Golden Tee Golf.

It was another amazing year of tournaments, for not only Power Events, but for many of the other talented vendors and operators that put on these type events across the country.

It won't be long before the actions starts up again in 2018 and as soon as they are announced, we will have you covered! 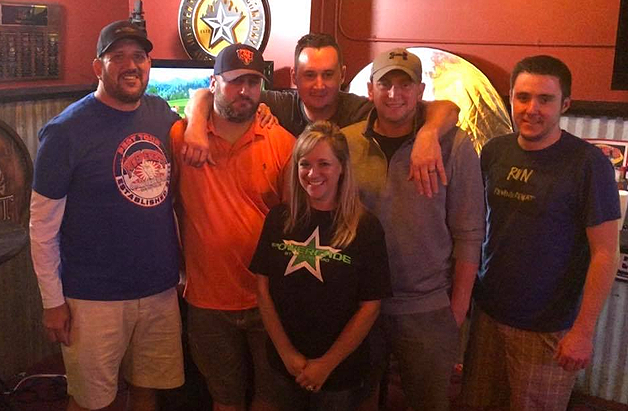