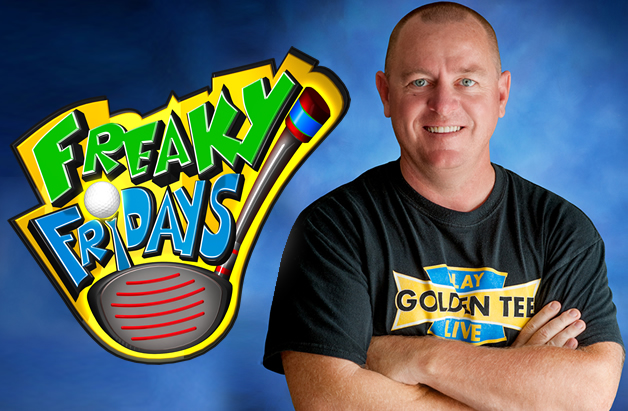 When Dave Rhoades won the 2018 Design-a-Hole contest, he didn’t just win his very own creation in the GT 2018.

No, no he won more than that.  He won his very own Golden Tee Home Edition and the chance to create his very own Freaky Friday contest; one that thousands of golfers will play this Friday!

Called the ABCs and 123s of Golden Tee, Dave made sure to dig deepk through the past 60 LIVE courses and find some of the best holes that represent at least 18 letters of the alphabet.

“This is a simple concept that should be pretty fun. I had this idea a while back but I really went into it with a closer eye to make sure the best holes were featured.” Dave told us.  “Scoring should be low!”

While we won’t spoil the holes for you, just know that every letter of the alphabet is featured in this Freaky Friday except K (sorry Kangaroo Trails), with Dave pointing out that no course in LIVE history starts with N, O, Q, U, X, Y, or Z!

With over $5,000 in prizes being given away to 300 different spots this Friday, the ABCs and 123s Freaky is the perfect excuse to leave the office early, crack open a cold one and play some games of Golden Tee!