NEWS
Worlds Qualifying Almost Complete!
As March Madness kicks off, we add 53 more names to our own bracket!
http://twitter.com/share
Prev News | Next News 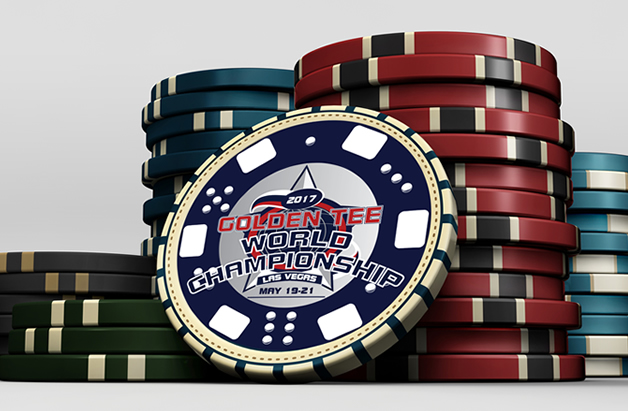 After two months of very strong competition between thousands of golfers, 53 more players now have their ticket to the 2017 Golden Tee World Championship!

Between January 15th and March 15th, thousands of rounds of Golden Tee was played as we inched closer and closer to the May 19th extravaganza in Las Vegas.  The top 50 Prize Play qualifiers and the top 3 Glory Play qualifiers list features names of those that are popular on the Golden Tee circuit, but also includes a few new players who put in the hard work and dedication to make it to the 2017 World Championship.

We will have a finalized list of all of those attending Worlds in the next week or two as players confirm whether or not they can make it out to Las Vegas.  When a player tells us that he is unable to go, he will be removed from this list and those players in spots 51 and beyond will get bumped up.

And if you didn’t make the cut in the two month qualifier, don’t stress!  You still have a chance to qualify with the Golden Ticket Money$hot contests on Friday, March 24th and Friday, March 31st!

If you are a Home Edition owner, then you have until March 31st to get qualified!