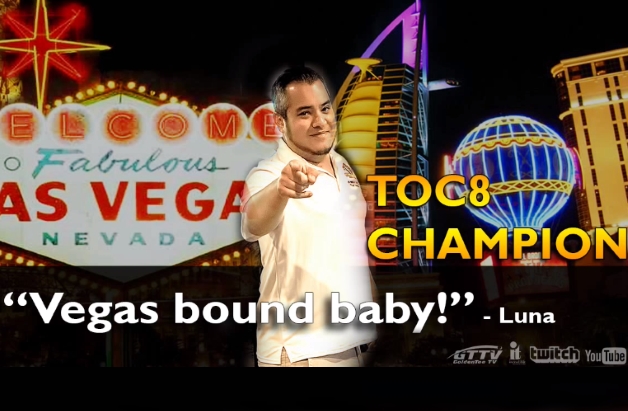 This is sort of becoming a thing. A major Golden Tee tournament takes place, great players from across the country attend, and Missouri’s Paul Luna and Ohio’s Andy Haas play in the championship for cash and so much more.

That’s precisely what happened again at Club Lucky’s TOC 8, which featured some of the game’s biggest stars playing courses they are still trying to figure out.

With more than $40,000 up for grabs—along with a spot in the 2017 Golden Tee World Championship, more on that momentarily—the two finalists from last year’s World’s duked it out once more.

Ultimately, Luna prevailed in a match you can (and should) watch below.

In winning this prestigious title, he also locked up a spot in the Golden Tee World Championship in lovely Las Vegas next May. One of 64 spots is now taken by the man who was runner-up in that event back in March. He will have the opportunity to do one better next year.

Here is what he did against Haas in Kansas City. Special thanks go out to our friends at Golden Tee TV for the stream and the recording.

With his win, Golden Tee World Championship qualifying is officially underway. We will qualify five more players before the end of the year: one at Power Events’ Player of the Year tournament and four more through Freaky Friday qualifiers, which will begin in the end of November.

Thanks once again to Club Lucky for hosting the event and all the players who made the trip. And congratulations go out once more to Luna on the win.