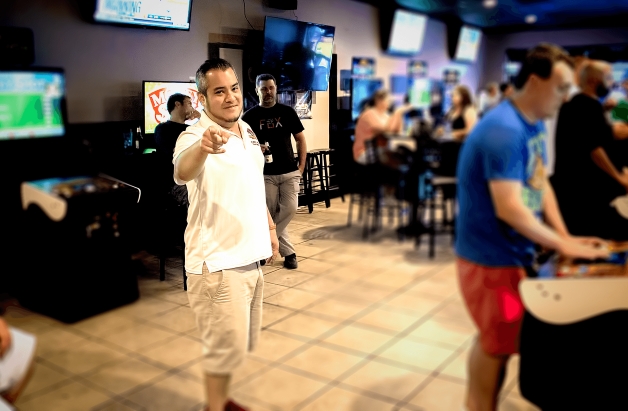 The Indy Open took place this past weekend, which featured a collection of pros and pros-in-the-making, all vying for titles at Southport Bar & Grill. The difference with this tournament and others throughout the year is the fact that players competed in matches that were best-of-five games.

This was a grind, and as a result of the unique setup, courtesy of Game Time Amusement, there were some spectacular sequences. This includes the three-hour final match between Missouri’s Paul Luna (see: above) and Ohio’s Andy Haas (also above, playing) that ultimately decided the title.

Yes, that’s right. Three hours. Luna was king-of-the-hill, meaning Haas would have to beat him twice. He did the first time around, which forced another series. Luna got the best of him that game, which ultimately won him the title.

We could stop there, offer up some congratulations and be done with it. But where’s the fun in that?

No, thanks to the work of Richard King and his dedication to both streaming and capturing games, we’re able to show you the final match—every shot, every game, every everything—in its entirety.

Now, I am not telling you need to watch the whole thing. I’m also not telling you shouldn’t watch it, either. If you have been looking for help on certain courses or holes, consider this a wonderful tutorial.