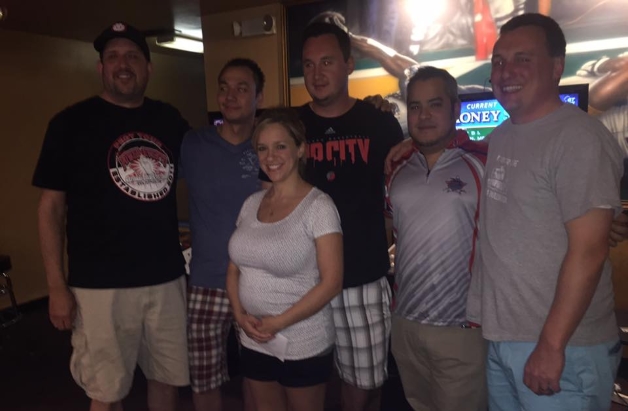 HAZELWOOD, Mo. – It has become the “player’s tournament” over time—morphing into one of Golden Tee’s most competitive and skilled events somewhat seamlessly before our eyes. However or whenever Power Events’ Missouri Open acquired these attributes is of no importance. What remains abundantly clear is that it won’t be relinquishing such reputations anytime soon—not after the 2016 installment this past weekend.

With Redbirds Sports Café playing host yet again, 100 players teed it up in the latest PEGT Tour stop. The tournament began with a five-course qualifier to determine seeding and the 32-man bracket.

When the qualifier had finally ended, local pro Paul Luna, a name you will hear again a few paragraphs from now, was the top overall qualifier with a score of -139.

With the bracket locked and ready, double-elimination match play began. Luna, the top overall qualifier and the Golden Tee 2016 World Championship runner-up, picked off right where he left off. Two -28s were followed by two -29s and then another -28 to propel the one-seed into the finals—a place he’s gotten awfully familiar with over the past 18 months.

Fellow Missouri golfer Evan Gossett fell to Luna in sudden death of the king of the hill match, although his day was not done. Gossett showcased some fireworks of his own leading up to the finals—beating Haas with a spectacular -31 on Winding Pines that included an ace on the final hole.

After Haas battled his way with a win over Clint Grover—a player who has really flourished in the past year—he faced off with Gossett again with a spot in the finals on the line.

Once again, it was Gossett getting the best of Haas. This time it came in extra holes on a holeout.

To the finals it went with two good friends going head-to-head. After jumping out to a lead, Luna didn’t look back. A late holeout made things more interesting on Volcano Palms, although Luna ultimately cruised to a three-shot victory and the Missouri Open title.

The win ultimately confirmed what many in the competitive Golden Tee world already know: Luna has quickly ascended to one of the game’s most unrelenting tournament players. Like the Missouri’s Open status as a truly elite event, don’t expect anything to change on this front, either.

Congratulations go out to Luna on another tournament victory and thanks to everyone who came out for a fantastic weekend. Special thanks go out to Power Events for another incredible tournament run and Redbirds for being a lovely host.

Next stop? Chicago in June. We’ll have more soon, and be sure to check out PEGTtour.com for much more on upcoming events.