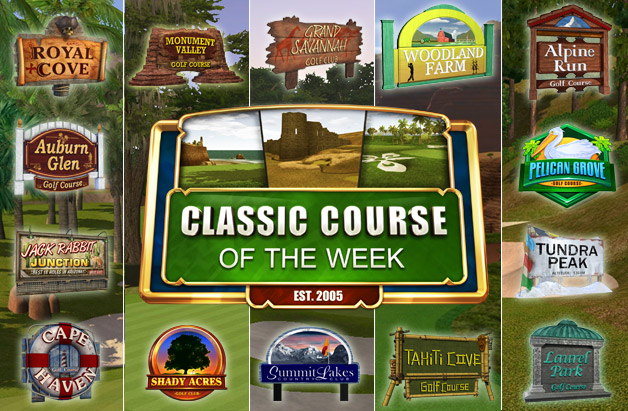 One of the most fascinating additions to Golden Tee—a change that will ultimately reshape Prize Play entirely—is warming up in the bullpen.

Classic Course of the Week, which made its debut last year, is back in 2016. We’re not there just yet, although you’re going to love where we’re headed.

Starting on Monday, April 4, players will have the opportunity to compete on some of the game’s greatest creations in 50-man Prize Play contest. While the 2016 courses are lovely; adding some variety later in the Golden Tee year cannot hurt.

That’s where Classic Course of the Week comes in.

The name pretty much says it all. Starting on April 4, we will add a sixth course to the Prize Play selection screen. That sixth course will be a fan favorite over the past decade plus. It will enjoy its time in the spotlight for a full week until giving way for a new course.

This will be the process all spring and summer as we approach Golden Tee 2017. And although last year we didn’t go all the way back in time when picking courses, that will no longer be the case this year.

While we still have some time to go, here is what our anticipated rotation will look like.

We’re not there yet. April 4 still is off in the distance. But now you know what’s coming and when it’s coming.

The spring and summer months will have much to offer. Stay tuned.