NEWS
Shaping Up to Be a Classic
Power Events' Houston Holiday Classic AND POTY Tournament is This Weekend
http://twitter.com/share
Prev News | Next News 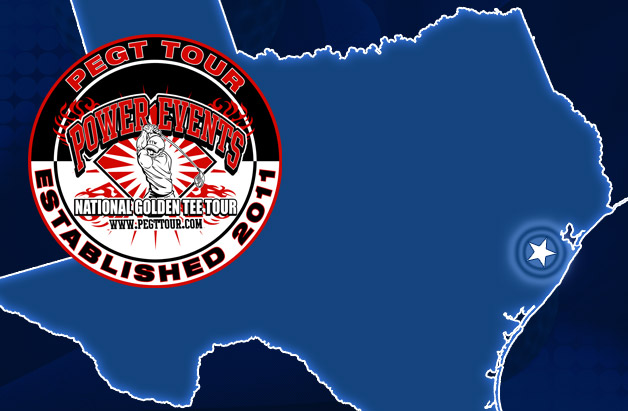 By late Sunday evening, two Golden Tee champions will be crowned. A Player of the Year will be determined. And yes, a player will earn a pass to the Golden Tee 2016 World Championship.

That’s what is at stake this weekend in Houston for Power Events’ grand finale. Well, that and pride, bragging rights and a whole bunch of cash.

And it’s all happenings at Jake’s Sports Bar this Thursday through Sunday. Make arrangements now if you haven’t already. You will not want to miss a moment.

The weekend will kick off on Thursday with a special $500 added Closest-to-the-Pin Contest. Entry into this double elimination event in just $10. On Friday, the popular handicap tournament will take place where anyone can enter and win. Entry fee here is just $25.

At noon on Saturday, the main event—well, the first main event—will begin. A five-course qualifier will be played to determine seeding. The Top 32 qualifiers will be placed in a main bracket, and matches will begin later that night and continue on through Sunday. The double-elimination brackets will play out until a champion is crowned.

As soon as our winner is celebrated, Power Events will determine the 32 players with the most PEGT Points. Those 32 players will then be thrown into a final bracket—the Player of the Year Tournament—and compete for one of the year’s most celebrated titles. The winner of this event will also lockup a spot in the Golden Tee World Championship and a big cash prize.

Sunday will be a long day, although it will be satisfying. The weekend itself will be absolutely jam-packed with Golden Tee, food, drinks, fun and probably a few surprises along the way. Even if you have not signed up yet, you can do so now at PEGTtour.com. Walkups are also welcome.

And for those of you that can’t make it, look for a live stream of the weekend’s best matches in the coming days. While seeing it firsthand is always ideal, you’ll be able to watch some of the action unfold from home.

It should be magnificent. Stay tuned for more, including a full recap. Let’s do this.