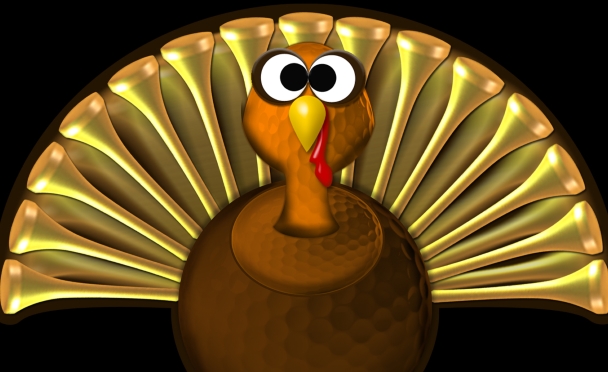 It is one of the few nights when you can abandon all responsibilities, tossing all concerns aside. It is an evening of celebration prior to an epic feast.

It is, quite simply, Golden Tee Christmas.

The day before Thanksgiving—better known as Blackout Wednesday—is a day built around bars, buddies, beers and the greatest game on the planet. And this year, we’re upping the celebration by flipping the Daily Contest on its side for one prize-packed, score-crazed day.

On Wednesday, November 26, for one 24-hour stretch, everything will change. The Daily Contest will receive an added bump of $500, increasing the starting output from $1,100 to $1,600 right off the bat. We’ll still pay out 400 players, although those payments will increase from the top down. The top prize will start at nearly $150, while a Top-100 finish will net nearly $3.

That alone would be enough to get excited about, although we’re not stopping there. On top of adding a cool $500 in prizes—which can still grow throughout the day as more games are played—we’re also celebrating this night by highlighting the most popular Golden Tee LIVE course ever created.

Get ready for the Bonnie Moor takeover. 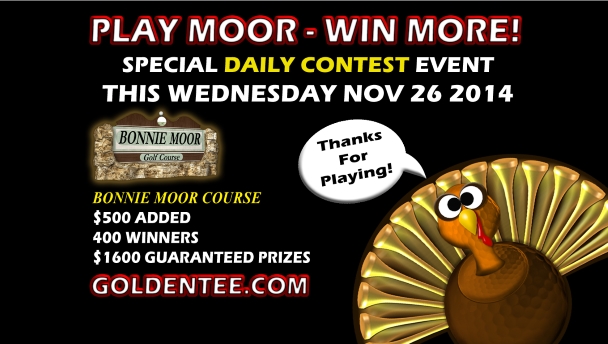 The 2015 circuit will take a backseat. The 2009 gem Bonnie Moor, which has garnered the reputation as being one of the most scoreable™ and popular courses in the history of the game, will take over for 24 hours.

All you have to do is go to your Golden Tee game at some point between 12:01 a.m. central time and 11:59 p.m. on Wednesday, play one game and you have a chance to win. As is the case with the Daily Contest, however, you’ll be able to play as many times as you please to improve your score. Your best score will then show up on the online leaderboard, which will update throughout the day.

Celebrate one of the greatest days of the year—a Golden Tee holiday—by shooting ridiculous scores on a course you love with friends, beer(s) and very little to worry about the following day outside of what exactly you’re going to eat.

Ah, what a day it will be. See you on the links.