NEWS
Classic Course of the Week is Back July 1!
And that’s Not All! Vote on Which Course YOU Would Like to Play
http://twitter.com/share
Prev News | Next News 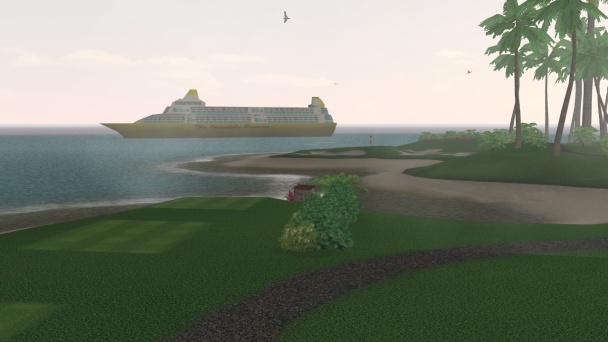 From the lovely Kangaroo Trail, to the city-centric Rustic Bridge, to the scorecard-friendly Bonnie Moor, Golden Tee LIVE has produced some fantastic courses since it debuted with its first installment.

And as we did a year ago, the summer of 2013 will be all about revisiting some of the greatest GT creations ever made.

Classic Course of the Week is back, although this time around we need your help.

Last summer, fans teed it up on some of Golden Tee’s great vintage creation throughout an eight-week stretch. This year, we’re extending it another month (12 weeks overall) and letting Facebook fans vote on which courses they’d like to play.

The two courses from each year to receive the most votes will be featured in this year’s Classic Course of the Week!

Play for the first course will begin on Monday, July 1. Each week a new course will take center stage and a player’s best score throughout that time will be featured on the Classic Course of the Week leaderboard.

The top 200 finishers will walk away with bragging right and also FREE GOLDEN TEES. We’ll have much more on the payouts when that time comes, although there’s much to be decided first.

Go to Facebook.com/GoldenTee and vote for the courses you would like to play in this year’s Classic Course of the Week. Tune in Monday, Wednesday and Friday for the next two weeks to vote on a different year!