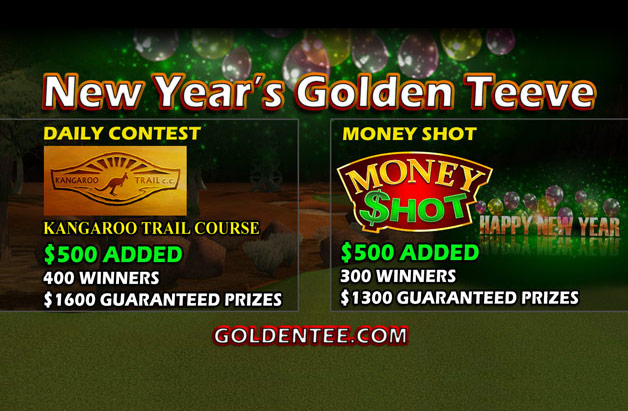 We’re ending the year with tremendous flare. More specifically, we’re saying farewell to 2015 by offering up huge prizes on the Daily Contest and Money $hot.

Consider this your invitation to New Year’s Golden Teeve—our special December 31 extravaganza. We’re adding $500 to not one, but multiple prize pools.

The name of the game on each is get as close as possible. One shot on Money $hot can win you a massive prize; Daily Contest will take an entire round. You’ll get a crack at both. And the more play that comes in, the higher the prize pools.

All you have to do is play.

Celebrate the end of the year in style. Between 12:01 a.m. and 11:59 p.m. central—right before the ball starts to drop—take a shot at Golden Tee 2016’s most popular features. You could win big just by playing, and there’s no better way to welcome 2016 than that.