Baja Ria Start in Los Angeles and drive south. Cross the border and keep going. Drive down the coastline and into the heart of Mexico, with ocean waves serving as a soundtrack, until you arrive in El Marrón. At first, the setting might seem perplexing. The cacti and the rugged desert qualities are normally accompanied by sand and emptiness. But here, the desert and the ocean work in lockstep. Here, amid a sea of the whitest, purest sand you’ve ever laid eyes on, the Pacific will also have its say. It’s a unique concoction, for certain. It isn’t quite sure what it’s supposed to be, although the blend is delightful.

Hidden Temple In a Cambodian jungle, surrounded by ancient temples with unknown origins, is a golf course that was constructed in and around one of the most remote locations on earth. Beng Mealea is not an easy place to reach, with only one road leading in and out. But the voyage will be worth it. Hidden Temple provides something few courses in this game have; a rugged, raw, 18-hole trek that is somehow still precise and exact. The architecture is magnificent, and it will not just be a bystander. Despite the seclusion and the surrounding history all around, it all still feels very much alive.

Forest Knoll If championship golf is what you crave, look no further. But unlike most exclusive country clubs, Forest Knoll has an edge—an original spin on familiar elements that will push a golfer’s imagination to the test. The location of said test is none other than Mamaroneck, New York, an hour-or-so drive, depending on traffic, north of New York City. But there are no remnants of skyscrapers. No honking horns. Just lush, green grass, meticulously crafted trees, sparkling hazards and a slew of challenging but fair holes that will demand your utmost care. And care you shall provide.

Anse Cocos You can get lost here in paradise. In a nearby villa that dangles over the ocean. In a yacht that sways back and forth in the background. In the cool breeze and illuminating sunsets that drench Anse Cocos with daily regularity. In the middle of the Indian Ocean, to the east of Africa, is an island that can be hard to find on a map. It is here on La Digue, Seychelles, home to only a few thousand people, where your 18-hole dreams can come true. Sure, you’ve played tropical courses before. But the images are so vivid and the backdrops so spectacular that you’ll want to stay lost.

Monte Zeballos Until you see it—until you feel it—you will not believe that Monte Zeballos is real. You cannot comprehend elevation changes this magnificent. The kind of moments where your golf ball will flutter in the air so long it starts to look almost weightless. In the southern tip of Argentina, where the Andes Mountains rule, is a course that puts the location’s thrilling attributes to use. Never have we seen something quite like it—a gargantuan roller coaster of a round. If you fear heights, well, your scorecard will likely showcase as such. But for those seeking a rush, they know where to find it. 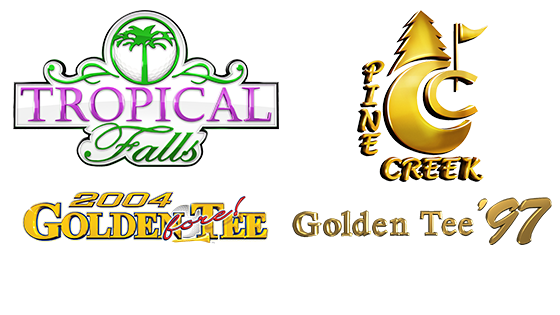